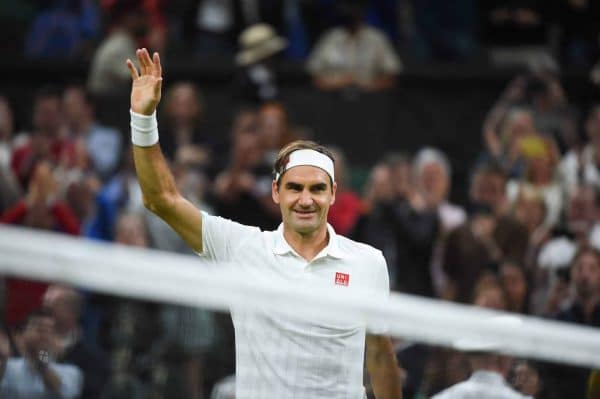 The game of tennis is on the verge of losing arguably its greatest ambassador of all time. Within the last 24 hours, Roger Federer has announced that he will retire from competitive tennis following the Laver Cup in London. This will be the second legend to retire within the space of one month, following the departure of Serena Williams at the 2022 US Open. And given that Federer has entertained us all on the biggest stages for the last 20+ years, it really does feel like this is the end of an era.

Federer has announced that his retirement is due to his body failing to recover from a string of surgeries and injuries over the last 3 years. Since he is also 41 years of age, one can understand his decision to hang up his rackets. But that doesn’t mean that the news doesn’t come as a shock. Personally, I was desperate for Federer to make one more appearance at Wimbledon. However, it seems he will never grace the hallowed courts at SW19 ever again.

This is an incredibly sad announcement for the entire tennis world. But rather than focus on the imminent loss of such a great champion, let me focus on the positives of Federer’s career. Since he is arguably the greatest tennis player to ever play the game, there is plenty to talk about. So let me get started.

Roger Federer – The Man That Took Tennis to New Levels

When Roger Federer emerged on the scene more than 20 years ago, the tennis world as we know it would be changed forever. Here we found a man that could do anything with the ball. His grace and style of play were like watching poetry in motion. And since he was obviously a ridiculously talented player, he has enjoyed one of the most successful careers ever. Let’s take a look at his greatest achievements:

Amazingly, Roger Federer managed to win 20 Grand Slam titles in his career. When he won the Australian open for the final time in 2018, this would put him on his own pedestal for Grand Slam victories. This record has since been surpassed by his nearest rivals, Nadal and Djokovic. But given that he was the first to break the 20-slam barrier, again, this shows that Federer was always setting the bar for the others.

While his 20 slam victories were immense, people tend to forget that he also holds another outrageous record. Roger Federer spent 237 consecutive weeks as the number 1 ranked player in the world. To give that some perspective, that’s approaching five years in a row as the world’s best player. Of course, to even get close to such a feat you need to be a sensational player, which Federer most certainly was.

Although there are four Grand Slams on the tour, Wimbledon is the one that always ranks as the most prestigious. And Roger Federer currently stands alone with eight Wimbledon titles to his name. His dominance on grass was truly remarkable, especially between 2003 and 2007 when he won five in a row. He even had match points against Djokovic in 2019 to win his ninth, but it wasn’t to be.

Anyway, we can probably all agree that the career of Federer was something out of this world. And he will be sorely missed on the biggest stages in our sport.