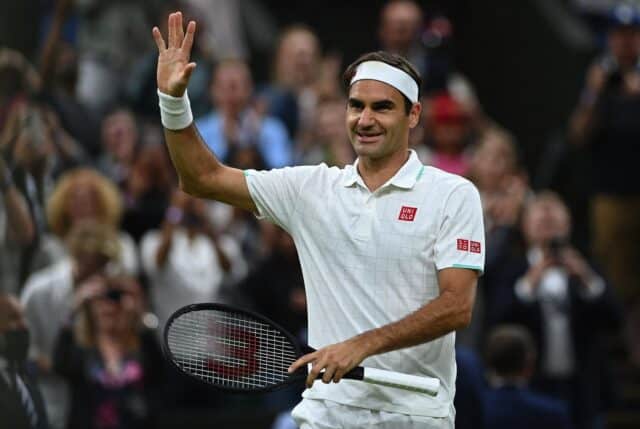 Roger Federer, the King Of the Court is set to retire from tennis after competing in the Laver Cup, which begins next Friday.

My body’s message to me lately has been clear,” He told BBC Sport.

“I have played more than 1,500 matches over 24 years. Now I must recognize when it is time to end my competitive career.”

“To the game of tennis, I love you and will never leave you.”

The Former World Number One had been struggling with a knee injury, which had subsequently hindered his performance in the four slams, particularly the last three years.

His last appearance in tennis was in the quarter-finals of Wimbledon 2021, where he lost to Poland’s Hubert Hurkcaz in straight sets, with the third ending 6-0.

Federer was known as one of the greatest male tennis players of all time, winning 20 Grand-Slam Titles, including eight Wimbledon Titles.

Only Novak Djokovic is behind him with seven, but he has 21 Slams and Rafael Nadal 22.

He also appeared in 31 Slam finals in total and achieved an all-time record of 23 consecutive appearances in the semi-finals.

The Swiss began her professional career in 1998 at the age of 16 and won his first slam at Wimbledon in 2003.

He then became the face of men’s tennis until his rivalry with Nadal began in 2006.

And then Djokovic came to the party, winning the Australian Open in 2008.

Together, they were known as the big four, who went on to dominate men’s tennis for five years.

Not to forget the Olympic Gold with Stan Wawrinka in the Men’s Doubles in 2008.

He also spent 310 weeks as the World Number One, 237 of them consecutively, and won 103 ATP singles Titles.

Not to forget the becoming eldest top-ranked player at the age of 36.

Legends of the game have paid their tribute to the 41-year-old.

. “Dear Roger, my friend and rival. I wish this day would have never come,””It’s a sad day for me personally and for sports around the world. It’s been a pleasure but also an honor and privilege to share all these years with you, living so many amazing moments on and off the court.”

“Roger Federer is a champion’s champion,” she wrote on Twitter. “He has the most complete game of his generation & captured the hearts of sports fans around the world with an amazing quickness on the court & a powerful tennis mind. He has had a historic career w/memories that will live on and on.”

“Roger – you have always been such a huge inspiration to me,” “Your elegance, your grace, your beautiful game. I have always held you in the highest regard and want to congratulate you for an amazing career. Tennis won’t be the same without you! Thank you.”

It may be the end of an era in men’s tennis, but Roger Federer will always be remembered as one of the modern greats, not just in tennis, but in world sports too.

For all the latest news and gossip on Roger Federer’s retirement, visit World in Sport.