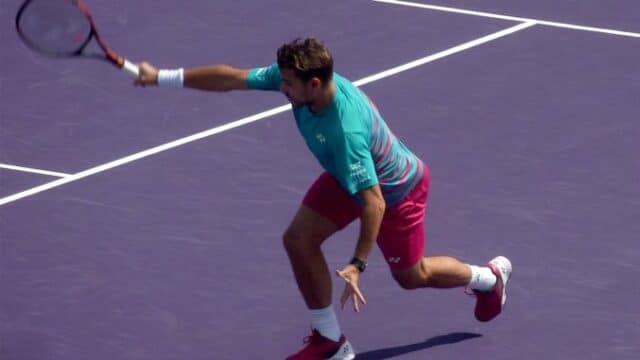 It might as well be veterans day in Metz, as Richard Gasquet is going up against Dominic Thiem and Joao Sousa faces Stan Wawrinka. Wednesday marks the conclusion of first-round action, although this will be Wawrinka’s third match of the week after qualifying for the main draw.

At 36 years old, Gasquet may be well past his prime but he is in somewhat resurgent form this season. The 85th-ranked Frenchman owns 22 ATP-level wins in 2022 and recently advanced to round three of the U.S. Open (lost to Rafael Nadal). Thiem can only hope to work his way back into the top 100–and much higher–as he returns from a year-long absence due to wrist problems. The 2020 U.S. Open champion is an even 14-14 overall (including Challengers) since returning and is coming off a runner-up effort at the Rennes Challenger. Thiem is slowly rounding into form, but Gasquet is the fitter and more reliable player at the moment.

Sousa and Wawrinka will also be going head-to-head for the fourth time in their careers on Wednesday. Wawrinka has won all three of their previous meetings, all in straight sets–at Wimbledon in both 2014 and 2015 in addition to a 7-6(1), 7-5 win at the 2015 Madrid Masters. Of course, those results came during Wawrinka’s peak; now he is 37 years old and ranked 284th. The Swiss is 3-9 this season in ATP main draws, for which he had to qualify in Metz (beat Laslo Djere in straight sets and Zsombor Piros in three).

Following a couple of disastrous years on tour, Sousa has climbed back up to No. 55 in the world. The Portuguese veteran is 16-16 at the ATP level in 2022 with a title in Pune and a runner-up performance in Geneva. Sousa is also a sneaky good indoor hard-court player, so he should be be able to score his first-ever victory over Wawrinka.