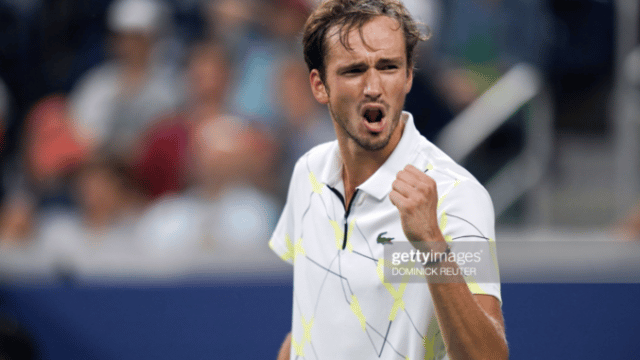 Three Grand Slam champions are on Thursday’s schedule in Metz, including two–Daniil Medvedev and Stan Wawrinka–who are going head-to-head as second-round action wraps up. Hubert Hurkacz and Dominic Thiem are also aiming for a place in the quarterfinals.

Medvedev and Wawrinka will be squaring off for the fourth time in their careers and for the first time outside of a Grand Slam when they clash in round two of the Moselle Open on Thursday. They have met at three of the four majors, with Medvedev prevailing at Wimbledon in 2017 and at the U.S. Open two years later before Wawrinka won a five-setter at the 2020 Australian Open.

Now 37 years old, Wawrinka is toiling away at No. 284 in the world as he makes his way back from injury. The Swiss is just 4-9 on the main tour in 2022, although he picked up a nice 7-6(1), 6-2 victory over Joao Sousa on Wednesday in Metz. Medvedev, who earned a first-round bye as the top seed, may not be at his very best right now but he has lost only one time to an opponent outside the top 25 since mid-May. The world No. 4 should not have too much trouble reaching the quarterfinals.

After missing almost a full year because of a wrist problem, Thiem is slowly starting to build some momentum. Including Challenger tournaments, the 29-year-old Austrian finally has a winning record this season after making it to the Rennes Challenger final last week and beating Richard Gasquet 6-3, 7-6(3) on Wednesday.

Up next for Thiem in the Metz second round is Hurkacz, who comes in at No. 10 in the world. The 25-year-old finished runner-up at the Montreal Masters only to compile a combined 1-2 record at the Cincinnati Masters and U.S. Open. Some time off may be just what the doctor ordered for Hurkacz, who will surely have a physical edge in this contest. Thiem is playing well enough again to be competitive, but the No. 2 seed should advance.