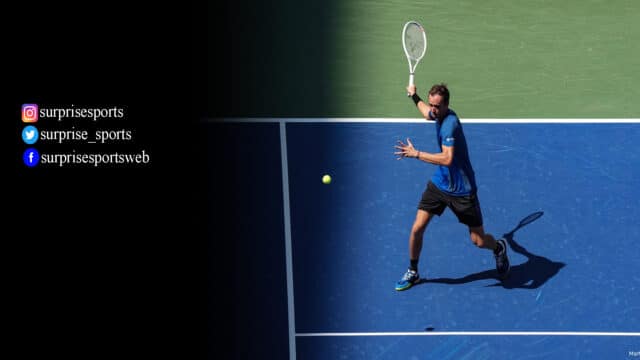 The ATP Tour returns this week with the Moselle Open 2022 in Metz, France, taking place from 19-25 Sept. in the indoor hard courts. The ATP 250 event is headlined by former world no. 1 Daniil Medvedev. Here you can follow the Moselle Open 2022, players, men’s draw, schedule, prize money, and where to watch live.

The 18th edition of the competition is headlined by the former world no. 1 Daniil Medvedev. He will play as the first seed. Medvedev will be keen to claim the title after his fourth-round exit to Nick Kyrgios in the US Open Grand Slam, losing his no. 1 rank.

World no. 10 Hubert Hurkacz will be the second seed to defend his title at Metz. The Pole is coming off early exits in the Cincinnati Open and US Open.

Lorenzo Musetti won his maiden title this year in Hamburg. Holger Rune will look to bag another after winning the Munich title this year. Dominic Thiem is fresh off last week’s final of the Rennes Challenger and will bring a lot of momentum.

The top 4 seeds have received a bye into the second round (Round of 16).

Medvedev’s quarter-final opponent could be Mannarino (8). Holger Rune (4) could meet Bublik (7) in the quarter-finals and Medvedev in the semi-finals.

At the bottom half of the draw, Hurkacz will begin his tournament with a second-round match against Dominic Thiem or Richard Gasquet. The defending champion could face Basilashvili (5) in the quarter-finals.

Musetti (3) could meet Karatsev (6) in the quarter-finals before facing Hurkacz in the semis.

The main draw of the Moselle Open 2022 will begin on Monday, 19 Sept. The quarter-finals, semi-finals, and final will be held on Friday, Saturday, and Sunday, respectively.

Tennis Channel will broadcast the Mosele Open matches live in the United States. Here’s where you can watch the tennis event live in the USA, Canada, Australia, and France.

Read Also: Roger Federer Laver Cup – What Will He Be Playing?