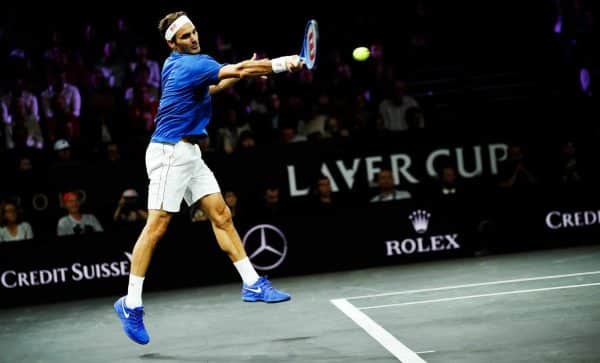 The Laver Cup, as we now know, will be the last time that Roger Federer takes to the competitive court in tennis. As sad as this is, it’s also going to be a time of celebration on what a tremendous career the Swiss Maestro had. It’s perhaps fitting that he will end his career alongside the other legends of the game too. On team Europe, you’ve got Federer, Nadal, Djokovic, and Murray all side by side once again. And this will be the final time that this will ever happen.

Amazingly, between these players, you’ve got a total of more than 65 Grand Slam titles. How about that for a seriously strong team? It’s something that we might never witness again in our lifetime, which makes this an extra special send-off for Federer. But with this in mind, there is still a niggling question on the minds of many Federer fans.

Sure, he has stated that the Laver Cup will be the last time that he ever plays on a competitive court. Yet it is somewhat unclear as to what games he may be participating in if he takes to the court at all. This information has still not been made available by the Laver Cup or the team Europe captain, Bjorn Borg. But I have decided to hazard a guess as to what action Federer might actually be involved with next week.

It goes without saying that Federer wouldn’t be the first pick for Laver Cup, and this is true for singles and doubles. He is still not 100% fit because of his knee. And given that he is accompanied by Djokovic, Nadal, and Murray, all who are fit to play, it may be hard for Federer to even make the lineup. I know – that sounds strange for a guy that is arguably the greatest tennis player to ever live. However, given that he has announced his retirement following the Laver Cup, I feel that he will get a shot. Here’s what I believe might happen:

Federer Involved in a Doubles Match

Given that Roger has stated that his knee still isn’t 100% right, I feel it’s unlikely that he will play singles at the Laver Cup. This wouldn’t be the right play for team Europe in terms of his chances of winning and because of his physical fitness too. But doubles is certainly not out of the question, and Federer has put in some fantastic doubles performances in the past. Personally, I would love to see a doubles pairing of Nadal and Federer, just as it was a few years back.

But whether this materializes depends on how the overall match is going and how desperately team Europe needs the win. However, even if the match is running close, I still feel that Federer will be put in purely because of the significance of the moment. It’s not often that a legend like Federer will be hanging up his sticks. So really, it could be the greatest send-off for him. And the competition as a whole would benefit from Federer taking to the court.