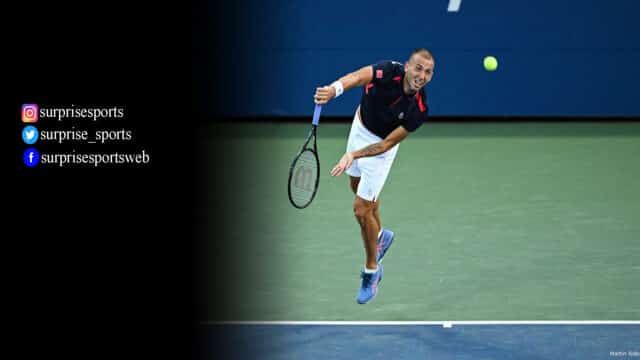 It will only be the second edition of the San Diego Open after a successful inaugural event last year. The defending champion Casper Ruud, the 2022 French Open and US Open runner-up, will be a big miss. The Norwegian is participating in the upcoming Laver Cup.

World no. 25 Dan Evans is the top seed, followed by the Americans Jenson Brooksby and Marcos Giron, and Pedro Martinez completing the top 4 seeds. The top 4 seeds have received a bye into the Second Round (Round of 16).

Brandon Holt, son of two-time Grand Slam champion Tracy Austin, has received a wildcard into the tournament. He made a memorable US Open debut by beating the 10th seed Taylor Fritz.

Eyes will be on the San Diego native Zachary Svajda. Brandon Nakashima, Mackenzie McDonald, and Steve Johnson are a few other home favorites.

Dan Evans and Marcos Giron anchor the top half of the draw and could face each other in the semis. Evans could meet Alejandro Tabilo (6) in the quarter-finals.

Tabilo begins in the first round against Steve Johnson and could meet Brandon Holt in the second round.

Related
Dominic Thiem - Signs of His Former Self Ahead of 2023 Season?

Jenson Brooksby and Pedro Martinez anchor the bottom half of the draw and could face each other in the semis.

Brandon Nakashima (5) begins in the first round against the native Zachary Svajda. He could meet Pedro Martinez in the last 8.

The main draw of the San Diego Open 2022 will begin on Monday, 19 Sept. The quarter-finals and semifinals will be held on Friday and Saturday, respectively. The tournament will wrap up with the men’s singles final on Sunday at 5:00 pm local time.

How Can I Watch San Diego Open Live Online in 2022?

Tennis Channel will broadcast the matches live in the United States. Fans in Canada can catch the live action via TSN. From Australia, you can watch the tennis tournament on beIN Sports.