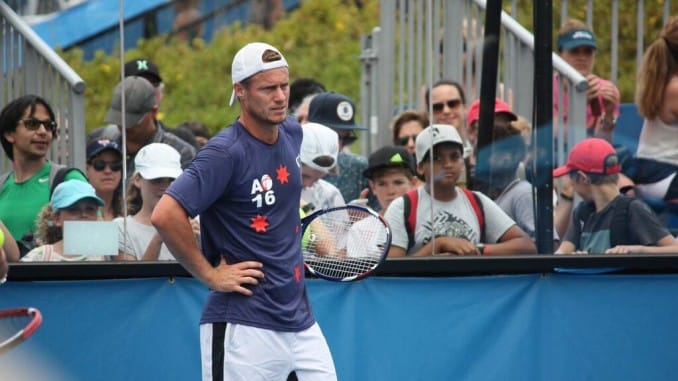 Under the old Davis Cup format, if the Aussies had lost the first two singles matches they could still come back in doubles a day later and in two more singles matches the day after that. Dating back to 2019, however, the Davis Cup Finals have featured best-of-three ties with two singles contests followed by a doubles decider if necessary–all in one day. Only the qualifying round earlier in the year is best-of-five.

“Everyone knows my feelings,” Hewitt said following Sunday’s loss, in which Thanaski Kokkinakis was beaten by Denis Shapovalov and Alex de Minaur fell to Felix Auger-Aliassime. “Coming here this week I felt disappointed for the Dutch team, for example. They’ve got two quality doubles players and they do all the hard work all year to come and perform in the so-called biggest stage of the year, and they don’t get the chance to play a match. I thought that’s a failing in this concept the whole time, and no one is listening.

“So I can talk till I’m blue in the face, but nothing’s changing right now. We just keep putting Band-Aids…well, we don’t, but certain people put Band-Aids on problems. It’s not fixing the problem. I can’t imagine, for the life of me…I came up playing with the best doubles team in the world, the Woodies, at the time. They come into this format and they don’t get to play a match? And they have made that a massive priority? I don’t think that’s right.”

The Netherlands lost to Australia 2-0 in the quarter-finals. Only one of the Aussies’ three ties in Malaga required a doubles rubber, as they knocked off Croatia 2-1 in the semis.

Unfortunately for Hewitt, there is no sign of another format change in the near future.

“The current format is staying,” Kosmos Tennis CEO Enric Rojas assured. “[It will] remain. I don’t expect any change at the close future. I think that in the partnership that we got with the ATP, we have (made it) very clear the weeks of the Davis Cup. There is not too much room for changing that. We don’t want to change it, actually. But to be honest with you, I don’t expect any change in short term.”

“I think just to reinforce, I think that we are very, very happy with the format and the changes that we have now,” Haggerty commented. “It doesn’t mean that sometime in the future we couldn’t consider, but we feel the most important thing is to stabilize. The players like this; they have told us that. They like the two singles and the one doubles. It works at the time of the seasons that we play.”