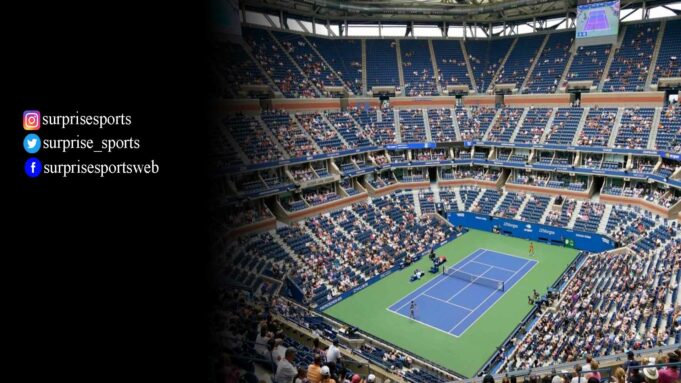 The year’s final Grand Slam tennis event is upon us as the U.S. Open Tennis 2022 starts on Monday, 29 August. The world’s best tennis players will compete at the Billie Jean King National Tennis Center, Arthur Ashe Stadium in Flushing, Grandstand, and other courts for the next couple of weeks.

It would be the last tournament for the American living legend, 23 times grand slam winner, including 6 in the U.S. Open, Serena Williams. She hinted at retirement in August. She will also team up with her sister Venus Williams to compete in the women’s doubles.

The defending champion Daniil Medvedev will play as the top seed in the men’s singles. Moreover, Rafael Nadal will want to make it his third grand slam title in a calendar year. Novak Djokovic is the most notable absentee of the tournament. The tournament will wrap up with the men’s singles final on Sunday, 11 Sept.

Here we have covered you with the draws, schedule, TV coverage, and U.S. Open Tennis Live Stream.

World No. 1 Daniil Medvedev will be the top seed in men’s singles to defend his U.S. Open title. In August, he is coming off a semi-final exit against Tsitsipas from the Cincinnati Masters.

Medvedev will play his opener against Stefan Kozlov (USA) on 29 August at Noon ET at Arthur Ashe Stadium. Medvedev’s potential Fourth Round opponent could be Nick Kyrgios, whom he lost in the Canadian Open Second Round. Felix Auger-Aliassime (6th seed) is also on his path as a potential quarter-finals opponent.

Stefanos Tsitsipas (4th), Casper Ruud (5th), and Taylor Fritz (10th) could be the players to grab the other two quarter-final spots in the top half of the draw.

Rafael Nadal (2nd) will play his opening match against Rinki Hijikata not before 7:00 pm ET on Monday. The Spaniard’s quarter-final opponent could be Cameron Norrie (7th) or Andrey Rublev (9th).

The other part of the bottom half of the draw has Carlos Alcaraz (3rd), Hubert Hurkacz (8th), and Jannik Sinner (11th) as potential quarter-finalists.

Iga Swiatek (1st) and America’s No. 1 Jessica Pegula (8th) are the players to see in the first quarter for the draw. They could meet in the quarter-finals. Petra Kvitova (21st) could be the dark horse here. She is coming off being the Cincinnati Masters runner-up last week. She could upset Jessica Pegula in the Fourth Round.

In the 2nd quarter of the draw, Paula Badosa (4th), Sabalenka (6th), and the defending champion Raducanu (11th) are the players to watch to occupy two quarter-final spots.

In the bottom half, we have Maria Sakkari (3rd), Simona Halep (7th), and Gauff (15th), who could grab two spots in the quarter-finals.

Kontaveit (2nd), Jabeur (5th), and Kasatkina (10th) are the top names in the final quarter of the women’s singles draw. Kontaveit could get the honor of meeting Serena Williams in the Second Round. Ons Jabeur and Kasatkina could collide in the Fourth Round, with Kontaveit in the quarter-finals.

The U.S. Open matches will be available live on ESPN, ESPN2, and Tennis Channel in the United States. Fans in Canada can catch the live action on TV via TSN.

For the cable-cutters, the U.S. Open Tennis live stream will be available on ESPN+ and fuboTV in the United States and TSN.ca in Canada.

Fans in the UK can watch the matches on Amazon Prime Video. They offer a month-long free trial plan.

Here’s how to watch U.S. Open Tennis from anywhere

The Best Tennis Rackets for Flat Hitters: Everything You Need to Know