Vertical jumping is one of the abilities of many NBA players. This ability contributes to the popularization of professional basketball. In addition, vertical leaping helps players improve their overall game since high hops are instrumental in rebounding and blocking. Because of this, vertical jump tests have become a staple in determining a player’s potential.

If you’re an NBA fan, you may already know the famous players associated with high jumps. You may have already bought their jerseys or posters with posterizing dunks. You may also be after Curry’s vertical leap if you’re a fan of that legend. If you wish to know more about these athletes, you may consider reading this article about the players with the highest vertical leap in the history of the NBA. Read on!

Michael Jordan’s vertical leap is an incredible 48 inches. With his 0.92-second hangtime combined with offensive and defensive prowess, Jordan is considered one of the greatest of all time. His tenacity and creativity in playmaking as well as scoring also contribute to his legendary status, earning him the moniker ‘His Airness’.

As a part of his accolades, Michael Jordan won back-to-back Slam Dunk Championships in 1987 and 1988 as a Chicago Bull. During these feats, Jordan wowed the crowd with high-flying windmills and 360s, showcasing his great hops. In an epic dunk-off battle with Dominique Wilkins in 1988, Jordan cemented his victory with his historic free-throw-line dunk. The performance gained a perfect 50 score from the judges.

While known as a deadeye three-point shooter in Utah Jazz history, Darryl Griffith is also identified as a high-flyer with a 48-inch vertical. This arsenal of skills made him a crowd favorite and a solid scorer. These skills helped him in his first year in the league where he averaged 20.6 points per game, earning the Rookie of the Year award.

Despite not winning a Slam Dunk Competition, he represented the Utah Jazz in the contest in 1984 and 1985. On December 4, 1993, the Utah Jazz honored Griffith’s contributions to the game and the team by retiring his jersey number.

Despite the lack of vertical tests on Chamberlain’s era, early footage has shown the high hops of the basketball giant. With a 7’1 and 250-pound frame, the big guy has a known 48-inch vertical leap. This allows him to score and defend in the low post with ease.

This rare talent also helped Wilt Chamberlain to reap NBA regular season MVP awards and NBA Finals MVP awards several times. Collectively, these skills and honors catapulted Chamberlain to NBA stardom, recognizing him as one of the legendary big men of the game.

Despite having an abysmal 39.5 vertical leap in the Draft Combine, Jason Richardson proved his haters all wrong by stepping up his game in the years to come. His athletic prowess was evident during the 2002 and 2003 Slam Dunk Contests where he won back-to-back with a recorder jump of 46.5 inches.

Apart from the extreme leap, Richardson’s victory was also heralded as one of the iconic winners of the contest. One of these is the reverse 360 between-the-legs jam where he almost hit the rim with his head. Aside from his powerful dunks, he’s also regarded as a sweet-shooting 6’6” guard.

Spud Webb is known as the shortest player to win the Slam Dunk Competition. His 12-season career in the NBA is highlighted by his two-handed double-pump dunks and 360 one-handers. With a listed height of 5’6, Spud Webb can elevate as high as 46 inches.

His quick yet high leaping skills make Webb exciting to watch, paving the way for skyrocketing hops. In 1986, he beat his Atlanta Hawks teammate, Dominique Wilkins, after rounds of leaping and dunking duels.

Despite having a short-lived NBA career, James White is known for his remarkable leaps and dunks. He was also famous for the many variations of between-the-legs dunks that are generally difficult to achieve. These are the upsides that helped him win his collegiate dunk contests. Yet, his free-throw-line windmill during the 2013 Slam Dunk Contest can be his most memorable dunk captured on camera.

Despite not winning the competition, White has earned his reputation as one of the best high-flying New York Knick athletes who ever walked into Madison Square Garden. After his NBA stint, James ‘Flight’ White has played overseas in various leagues. He even won the Turkish League dunk competition while playing for Fenerbahce Ulker from 2007-2008.

Zach Lavine was crowned the king of the dunks in the 2015 and 2016 Slam Dunk Competition after his acrobatic windmills and tomahawks. His 46-inch vertical jump helped him in emerging victorious in the two contests. This also assisted him in beating fellow high-flyer Aaron Gordon in one of the historic duels in 2016.

Listed as 6’5, Zach Lavine can do scoring wonders from high-octane dunks to elevated treys. Despite being bugged by his ACL injury in 2017, he bounced back to amaze the crowd and bring glory to the game. Because of this, he’s widely regarded as one of the cornerstones of today’s Chicago Bulls.

More known as a role player for the Los Angeles Lakers from 2009-2011, Shannon Brown had flashes of greatness because of his 44.5 vertical leaps. In a game against the Dallas Mavericks in 2009, Brown raised his head over the rim while dunking.

Brown’s ability to hop and jump at extreme levels has made him one of the most exciting purple and gold players during his stint. Eventually, he won two NBA championships alongside the Lakers’ main man Kobe Bryant. After his Lakers’ heyday, he moved to other teams and became a rotation player.

Although vertical leaping won’t guarantee a player to rise to stardom, it certainly can put him into a high level of performance. Suppose you’re a hardcore NBA fan. In that case, you may be after various dunk reels today, and you probably always wait for those fantastic dunks from the high-leaping NBA players.

You may read this article if you still don’t know who earned the throne of the highest vertical leapers in the history of the NBA. Be amazed at how their hops became their instrument for scoring shots and winning games. 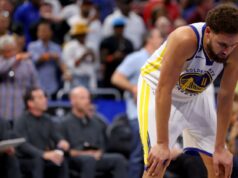 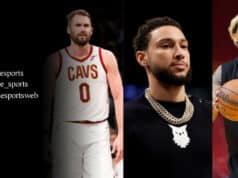 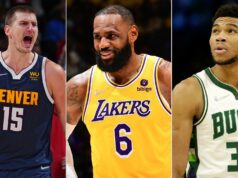 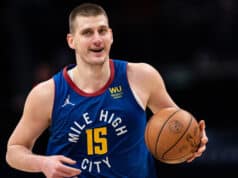