Andy Ruiz Jr is an American professional boxer with a net worth of $10 million. He is a former unified heavyweight champion. Previously he defeated Anthony Joshua in 2019 to win the WBA (Super), IBF, WBO, and IBO titles. Read the article to know Ruiz’s net worth, salary, earnings, wife, and other related details.

Ruiz amassed a 105-5 record as an amateur. His junior accomplishments also included two gold medals at the Mexican National Junior Olympics and the World Ringside Heavyweight Championship. He represents Mexico in two Olympic qualification competitions for the 2008 Beijing Games. Unfortunately, he was defeated in both.

In 2009, Ruiz made his professional debut as a 19-year-old. His first bout was against Miguel Ramirez at the Plaza de Toros in Mexico. Ruiz won the bout via first-round KO. He earned his first career title in 2013. That year, he faced Joe Hanks at the Cotai Arena for the vacant WBO Inter-Continental heavyweight title. Defeating Hanks via a 4th Round TKO, Ruiz earned his first career title that night.

Andy Ruiz Jr agreed to fight Anthony Joshua on May 1, 2019, with one month’s notice. The battle for the unified WBA, WBO, IBO, and IBF World Heavyweight Championship took place on June 1, 2019, at Madison Square Garden in New York City, New York. Ruiz, despite being the underdog there, survived a knockdown in the third round before storming back to knock Joshua down again in the same round. Then, in the seventh round, Ruiz Jr. knocked Joshua down twice more before the fight was stopped due to Joshua’s inability to continue. Following this bout, he became the first Mexican-born fighter to win the World Heavyweight Championship.

Currently, Ruiz has a professional career record of 35 wins and 2 losses from 37 fights. He faced his first loss in 2016 and the second one in 2019. With his second loss, Ruiz lost his unified heavyweight championship title to Joshua. He is currently ranked 5th by ESPN in their best active heavyweight worldwide leaderboard.

Ruiz’s net worth is $10 million in 2022. The player earns a guaranteed payout of $1 million per fight. Andy’s total boxing winnings were capped at $300,000 per match prior to the first buy against Joshua. His earnings, which included Pay Per View revenue and win bonuses, exceeded $7 million when he defeated Anthony Joshua. Below is an overview of his income from recent matches –

Andy Ruiz Jr is married to Julie Ruiz. The pair have been married for quite a long time and they currently share five kids. Ruiz hasn’t revealed much information about his personal life yet. 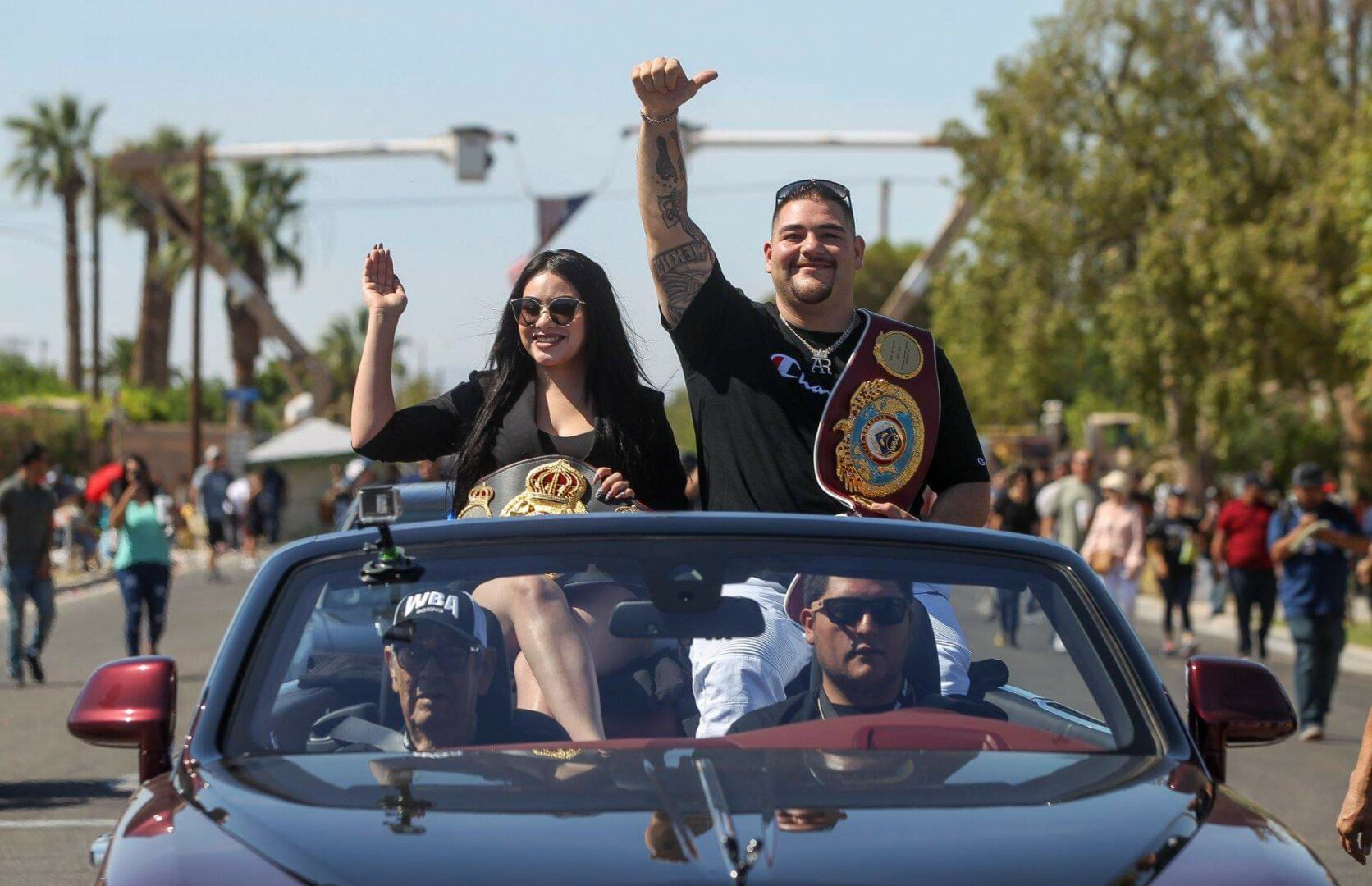 Andy Ruiz is popular with his nickname “The Destroyer”. He earned this nickname with his impressive KO win performance. The player is known by his nickname among both his fans and peers alike.

How old is Ruiz?

The professional boxer is 33 years old.