Bruno Fernandes is a Portuguese professional footballer with a net worth of €20 Million. At present, he is playing as an attacking midfielder for the Premier League club Manchester United. Additionally, he is an integral part of the Portugal national football team. Read to know Fernandes’ net worth, salary, earnings, wife, age, and other related information.

Fernandes’ youth career began at a local club named Infesta. He then joined another local youth academy under Boavista. There he began his career as a center-back. Later, he shifted to the attacking midfielder position. This happened when he went to Pasteleira as a loan player.

In 2012, Fernandes moved to Italy to join Novara. The next season, he got promoted to the first team of Serie B. The next year, he joined Udinese in a co-ownership deal, with first-team opportunities to Serie A. There he scored his first major goal in a 3-3 draw against Napoli. He then played at Sampdoria for a season.

Bruno Fernandes played in the UEFA European U-21 Championship in 2017. Upon return, he joined the Primeira Liga club Sporting CP. There he had a very stable and successful competitive career. There he was named Primeira Liga Player of the Year twice. In the 2019-20 season, he assisted the team to reach the knockout stage of the UEFA Europa League.

Fernandes joined his childhood dream football club, Manchester United in January 2020. He quickly became the first member of Manchester United to earn consecutive Premier League Player of the Month honors since Cristiano Ronaldo in 2006–2007. He was also the top assist provider in the 2021-22 UEFA Champions League season. The Portuguese player is well-known for his goal-scoring prowess, playmaking skill, leadership, and penalty-taking capacity.

Bruno Fernandes’ Net Worth and Salary:

In 2023, Fernandes’ net worth is well over €20 Million. The majority of his income is from his professional football career. He recently signed a 4-year contract extension with Manchester United worth £49.9 million. Additionally, he earns £12.48 million yearly from the club. At present, his market value is €85 million. It peaked at €90 million during his sign-up with Manchester in 2020.

Fernandes is a Nike-sponsored player. He wore the Nike Zoom Mercurial Vapor 15 during the 2022-23 season. Additionally, he is often seen posting endorsement ads of the brand via his social media.

Fernandes is married to Ana Pinho. They got married in 2015 and have been together since. The pair have two children in their family. 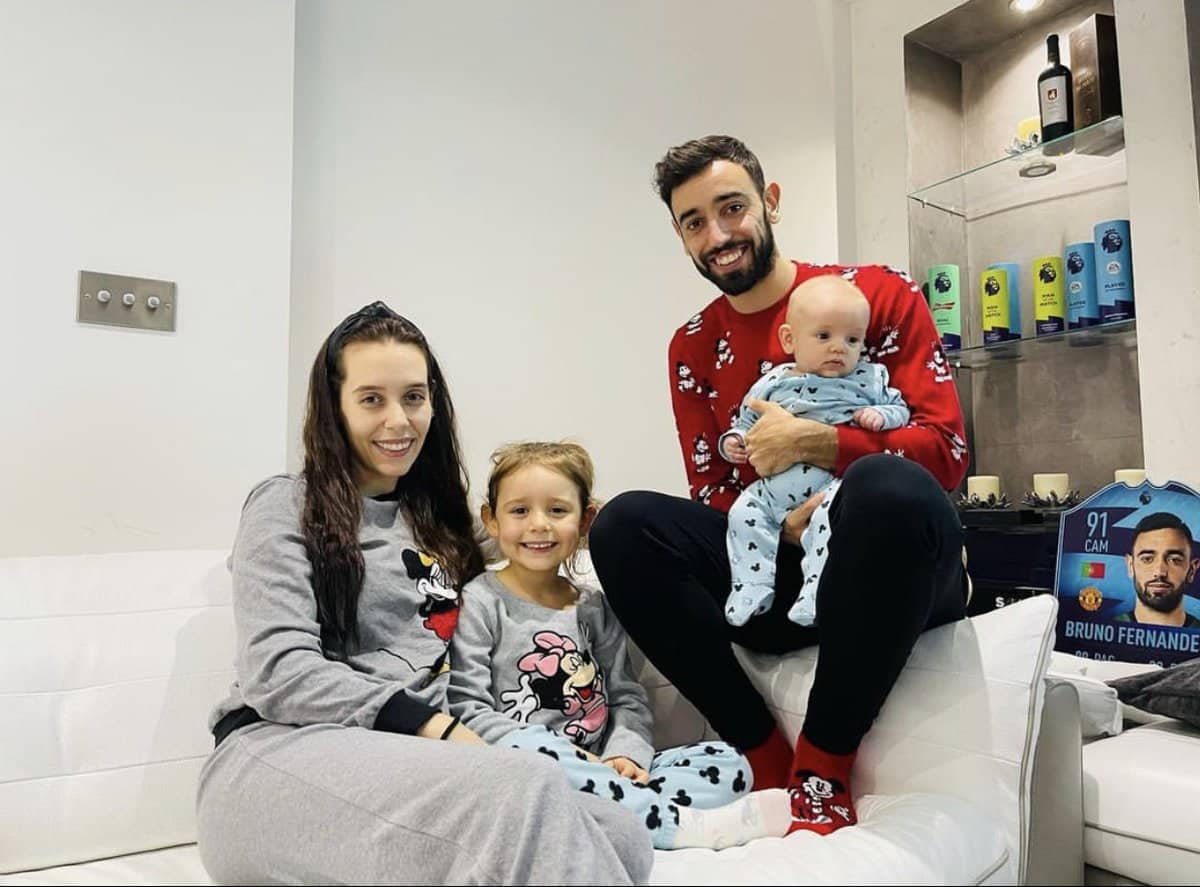 The nickname of Bruno Fernandes is Penandes. Actually, he is called by this name by his rival supporters because he scored a lot of goals from penalties. His nickname also has a good currency on social media like Facebook, Twitter, and Instagram. He is also called DJ’ Bruno by his teammate. While music is being played in the dressing room, he cuts the music in the half and starts a new one.

The professional footballer is 28 years old.