Casper Ruud made his pro career debut in 2015. He became part of his national team in that year’s Davis Cup. With his help, his team reached the group three Europe Zone. Furthermore, he reached the 2015 Wimbledon Boys’ Doubles semifinals with his partner Miomir Kecmanović. He then made it to the third round of the 2015 US Open Boys Singles.

In 2016, Ruud listed his career-high 216 ATP ranking. The following year, he lost in the final round of the Australian Open. In the 2017 Rio Open, he defeated Rogério Dutra Silva, Roberto Carballés Baena, and Thiago Monteiro. He reached the Semifinals and became the youngest player to reach an ATP 500 semi-finals. After the tournament, he reached a career-high 133 ATP ranking. His first ATP masters 1000 tournament was the 2017 Miami Open, where he received a wildcard to enter the tournament.

Casper Ruud Qualified for the first Grandslam of his career in 2018. Additionally, he earned qualifications for the Australian Open. He was the first Norwegian for the Grandslam main draw in 17 years. Unfortunately, he lost in the second round of the tournament against Diego Schwartzman. In the French Open, he reached the second round the same year. He also qualified for the US Open for the first time, where he was defeated in the first round. In 2018, the player reached 3 back-to-back semi-final challenges.

Ruud reached the 3rd round of the French Open 2020, where he was defeated by Dominic Thiem. In the ATP finals 2021, he defeated Andrey Rublev and Cameron Norrie. He reached his carer high 8th ATP ranking but he was defeated by Novak Djokovic in the semifinals. In 2021, Ruud also reached the career-highest 4th round in the Australian Open.

Casper Ruud’s Net Worth and Salary:

Casper Ruud’s net worth is $4.5 million in 2023. His major source of income is professional tennis. His career earnings are $7,808,265. He earns around $5.9 million yearly from tennis and endorsement deals combined. In 2022 alone, he earned over $3.29 million in prize money from singles events. Additionally, Ruud earned $12k from participating in 3 doubles events. He is ranked 5th according to ATP’s 2022 money list.

Ruud is not married yet. But he is currently in a relationship with Maria Galligan. She has been studying master’s degree in psychology at the University of Southern Denmark. The pair have been dating since 2018. 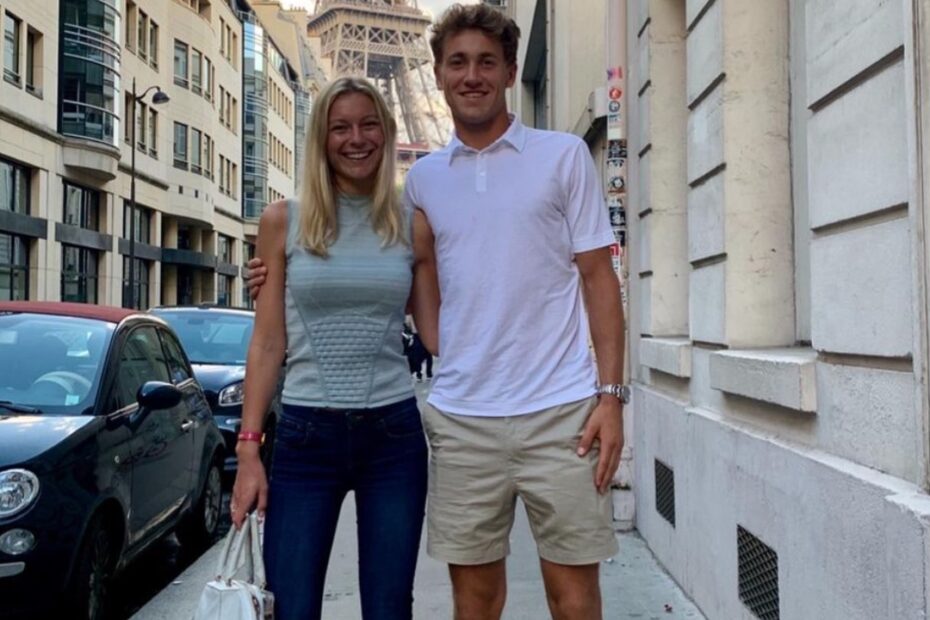 Casper Ruud is sponsored by many national and international bands. He is sponsored by Yonex for his sportswear and accessories. Moreover, he has collaborations with Porsche Norge, a well-known car manufacturer company.

What are Casper Ruud’s Career Earnings?

No. He is currently dating Maria Galligan.