Cedric Soares is a Portuguese professional footballer. He is playing as a right back for Premier League club Arsenal. Additionally, he is a regular member of the Portugal national football team. Read the article to know Cedric’s net worth, salary, earnings, wife, age, and other related details.

Cedric Soares first started playing for Sporting CP’s youth system in 1998. Then he got promoted to the Club’s first team in 2011. On 8 May, he made his Primeira Liga debut in a 0-1 loss against Vitoria de Setubal. Then he shifted to Academia with Adrien Silva as a loan player. The club won the season’s Taca de Portugal playing a 1-0 game against Sporting CP.

In 2015, Cedric announced his transfer news. With a €6.5 million (£4.7 million) transfer fee Southampton owed him for a four-year contract. He made his debut for the club on 30 July. In his debut game, the club won the game 3-0 against Vitesse. Furthermore, Cedric made his Premier League debut 10 days later. In his debut game, he assisted Pelle to score the opening goal in the 2-2 draw match against Newcastle United. On March 18, 2018, Cédric scored his first goal for Southampton. The result was a 2-0 victory against Wigan Athletic.

Cedric Soares then moved to Inter Millan as a loan for the 2019-20 season. Before that, he played in 120 games for Southampton. He had one goal and eleven assists there.

Following that, Cedric shifted to Arsenal with a six-months loan contract. After 5 months, he signed a permanent transfer contract with Arsenal. He made his debut for the club on July 1. Starting as a 77th-minute replacement, he scored a goal in the 4-0 victory against Norwich City. He made 21 appearances the last season.

Cedric Soares’ Net Worth and Salary:

Cedric’s net worth is $13.5 million in 2023. Arsenal made a 4-year acquisition contract with him worth £15.6 million. He currently earns an annual wage of £3.9 million. Previously, Cedric played for Southampton FC and earned £3.38 million yearly. His market value is currently €6 million. It previously peaked at €15 million in 2017.

Cedric Soares is married to Filipa Brandao. Brandao is a social media influencer and model. She met Soares first in 2015 and started a relationship that year. Following that, they got engaged in 2017. After two years they finally tied the knot with a grand wedding ceremony in 2019. The couple shares a daughter named Siena Soares. She was born in 2020. 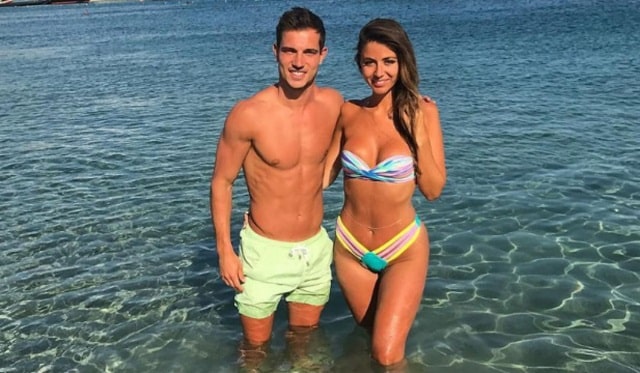 Cedric Soares has an exclusive kit-based sponsorship deal with Nike. According to the deal, he will exclusively use Nike products during both club and international games. The footballer was spotted wearing the Nike Mercurial Vapor 14 Elite throughout the 2021-22 season.

Yes. He is married to Filipa Brandao.

The Portuguese footballer is 30 years old.

What is Soares’ Current Market Value?