Giovani Lo Celso is an Argentine professional footballer. He is currently a member of the Premier League club Tottenham Hotspur and the Argentina national football team. Read the full article to know Lo Celso’s net worth, age, salary, and height.

Lo Celso first joined Rosario Central as a part of their youth program. He made his league debut in 2015. His team made a 0-0 draw in his debut match against Velez Sarsfield. Then in 2016 February, he scored his first career goal in a 3-0 victory over Colon.

Lo Celso signed a five-year contract with Paris Saint-Germain on July 26, 2016. The contract time was till 2021. He made his club debut on April 5, 2017. In his debut match, PSG won the Coupe de France quarterfinal with a 4-0 score against US Avranches.

On 31 August 2018, Lo Celso shifted to Real Betis on loan. Additionally, the club got an option to buy him. The club applied for his ownership on 16 April 2019 and came successful. Lo Celso played 46 times throughout all competitions while he was a member of the team, scoring 16 goals.

Then Tottenham Hotspur loaned Lo Celso on 8 August 2019. Furthermore, the club also got the option to buy him. He made his debut for the club as a late substitute in the 2-2 Premier League match against Manchester City. He played 16 Primera Division games in the 2021-22 season. He is also a regular member of the starting XI.

During the 2016 Summer Olympics, Argentina’s U-23 squad enlisted him. He made his debut in Argentina starting XI on November 11, 2017. Argentina won the match with a 1-0 score over Russia. Moreover, he was also a member of the main squad of Argentina’s 2019 Copa America team and the winner team of the 2021 Copa America.

Giovani Lo Celso is in a relationship with Magui Alcacer. The couple hasn’t married yet. But they have been dating each other for a long period. Alcacer is a physiotherapist who used to work in a hospital in Rosario. The footballer recently shared online that they are currently expecting their first child. 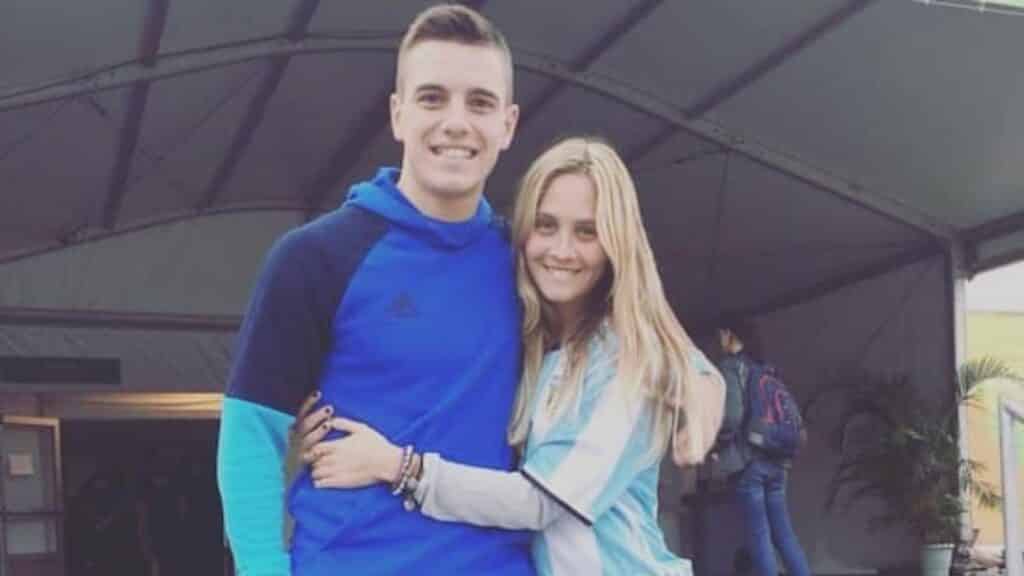 Lo Celso periodically received different endorsement deals as a result of a solid international football career. In 2020, the footballer joined Adidas with a sponsorship deal. As a part of their deal, he used the Adidas Predator Edge.1 Low during 2021-22 season. Previously, he had an endorsement deal with PUMA during his time in Paris Saint-Germain

What is Lo Celso’s Annual Salary?

The Argentine footballer receives an annual payment of £3,640,000 from Tottenham.

No. Lo Celso is currently in a relationship with Magui Alcacer.