Henry Cejudo is an American former professional mixed martial artist and freestyle wrestler with a net worth of $4 million. He held the title of flyweight champion and bantamweight champion in his career at Ultimate Fighting Championship. Read to know Cejudo’s net worth, salary, earnings, wife, age, and other related details.

From an early age, Cejudo started competing as an amateur boxer. During this period, he won the annual state Copper Gloves boxing tournament in 2010. He later joined the Grand Canyon University and graduated from there with a Theology degree. His older brother Angel Cejudo was an undefeated four-time AIA state champion with a 150-0 career record.

Cejudo earned his first national title in freestyle wrestling. He won it from Fargo National in 2006. The previous year, he made his senior debut. At the Pan American Championship, he won the gold medal 3 consecutive times from 2006 to 2008. The wrestler also won a gold medal at the Summer Olympics in 2008.

Henry Cejudo started training in mixed martial arts in January 2013. In his debut match of MMAA, he defeated Michael Poe via TKO in March of the same year. Within the next year, he collected a record of 6-0. In 2014, Cejudo became the 3rd Olympic medalist to officially make a deal with UFC. Throughout his career, he only lost twice.

Within Cejudo’s MMA career, he had 18 fights and won 16 of them. He had a 50% KO-to-win ratio. Furthermore, he grabbed two different weight division titles within his career. First, Cejudo won the UFC Flyweight championship in 2018. The following year, he won the UFC bantamweight championship.

After his fight with Cruz in 2020, Cejudo announced his retirement. Within May, his name and title were officially vacated from UFC rankings. Surprisingly, he re-entered the USADA testing pool this year to rejoin the mixed martial arts competition.

Henry Cejudo’s Net Worth and Salary:

Cejudo’s net worth is $4 million in 2023. He earned nearly $1.9 million in his professional mixed martial arts career. His guaranteed purse was $350,000 from each fight. Below is a list of his income breakdown from his most recent fights –

During his career, Cejudo was a Reebok-endorsed fighter. Additionally, he had brands like Everlast, Body Armour, Onnit, and MetroPCS on his sponsorship list.

Henry Cejudo is married to his long-term girlfriend, Ana Karolina. The pair go engaged and married in 2021. Moreover, they also welcomed their first child, a daughter named American, the same year. 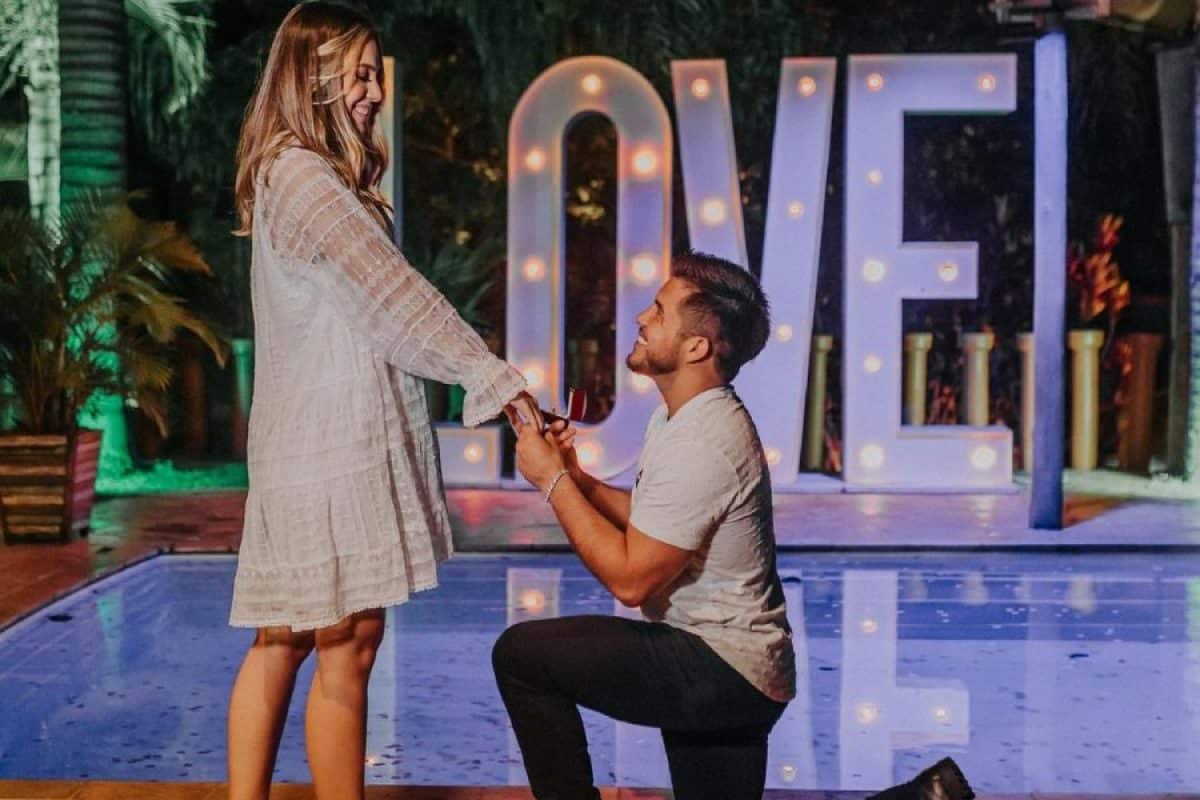 Cejudo was born on February 9, 1989, in Los Angeles, California, USA. Both his parents were Mexican immigrants. At present, the former martial artist is 35 years old.

The American mixed martial arts star is 5 ft 4 in (163 cm) tall, and he weighs 135 lb (61 kg). During his MMA career, he mostly competed in the flyweight and bantamweight divisions.

From the beginning of his career, Cejudo had the in-ring nickname “The Messenger”. Later he changed it to “Triple C”. According to the fighter himself, this was to remind his fans and haters that he’s a “triple champ”.

How Tall is Cejudo?

How Old is Cejudo?