Ivan Perisic is a Croatian professional footballer. He is currently playing for the Premier League club Tottenham Hotspur. Additionally, he is a winger for the Croatia national football team. The article contains information related to Perisic’s Net Worth, annual salary, earnings, wife, age, height, weight, and other details.

Ivan Perisic started football at Hajduk Split. On July 16, 2006, in Murska Sobota, he participated in a game for Hajduk. It was a 3-1 friendly victory over Smederevo. Then he signed a contract with the French club Sochaux. He participated on the Sochaux young team that claimed the Coupe Gambardella in 2007. During his time at the club, he was a regular on the B team.

Then Perisic joined the Belgian club Club Brugge in 2009. In the season-opening match, Perisic scored his first goal in a 1–1 draw against Genk. Perisic scored 9 goals overall in 33 league games.

In 2011, Perisic shifted to German club Borussia Dortmund. The transfer was worth €5 million. There he made his debut at the 3-1 home victory match against Hamburger SV on August 5. He made his first goal for the club on 13 September 2011, during a Champions League match.

Perisic transferred to VfL Wolfsburg in January 2013. He stayed there for two years before shifting to Inter Milan in 2015. The Inter Milan contract was for 5 years and worth €16 million. The player then stated, “Inter was too big an opportunity to turn down.”

In 2021–2022, Perisic participated in the majority of the club’s Serie A games. He appeared 35 times altogether as a regular. Throughout their 38 games, he has started all 35 of these outings. He has made 208 appearances in Serie A altogether during his career. There he scored 49 goals and assisted 37 others.

Perisic was acquired by Tottenham Hotspur on May 31, 2022. He joined the team as the fifth Croatian in club history. On July 23, he took the field for the first time for the team in a 2-1 friendly victory over the Rangers.

Ivan Perisic Net Worth and Salary:

Ivan Perisic’s net worth is $9 million in 2023. The player recently transferred to Tottenham without any acquisition fee. Previously, he played in the Serie A Club Inter Milan. There he earned a yearly salary of £6.5 million. According to sources, his weekly salary at the Premier League club will be €210,000. So, he will earn £8.5 million yearly. Currently, Perisic’s market value is around €10 million. It peaked at €45 million twice back in 2017 and 2018.

Ivan Perisic is married to Josipa Perisic. They first met in high school. They had an affair since a young age. Then the pair got married in 2012. The couple shares two children. Their firstborn is a son named Leonardo Perisic and their second child is a daughter named Manuela Perisic. 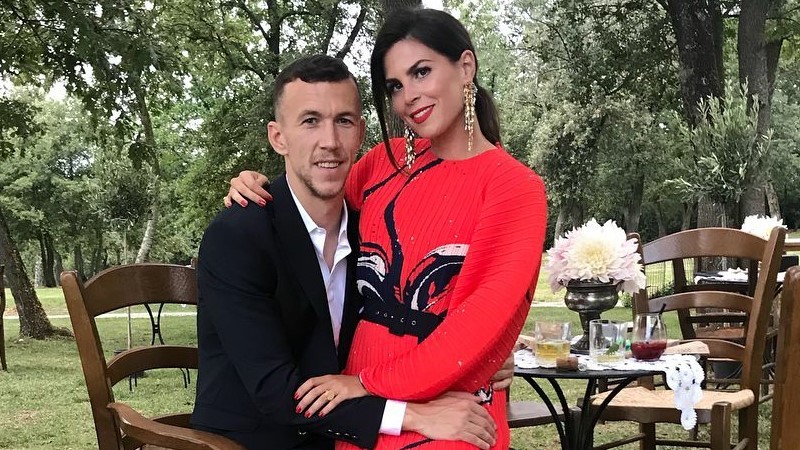 Perisic was born on 2 February 1989 in Split, Croatia. He is currently 33 years old.

Ivan Perisic has a boot-related endorsement deal with the sportswear brand Nike. As part of their deal, Perisic wore the Nike Mercurial Superfly 8 Elite during the 2021-22 season.

How old is Ivan Perisic?