Kawhi Leonard is an American professional basketball player with a net worth of $80 million. He is currently playing as a small forward for the National Basketball Association club Los Angeles Clippers. Read to know Leonard’s net worth, salary, earnings, wife, age, and other related information.

Leonard played in the High Wolves in his senior year. During that time, he recorded 22.6 points, 13.1 rebounds, 3.9 assists, and 3 blocks on the average per game. This got him listed as the California Mr. Basketball of that year. He spent his college career at San Diego State University. He helped the team win the Mountain West Conference tournament in 2009-10.

The Indiana Pacers picked Leonard during the 2011 NBA draft. Surprisingly, they traded him the same night with George Hills to the San Antonio Spurs. He signed a multi-year deal with the club that December. At the 2012 Rising Stars, he made his professional debut as a member of Team Chuck. He placed 4th in Rookie of the Year voting in his debut year. The following season, he was put in the BBVA Rising Stars’ Team Chuck once again.

In 2012, the San Antonio Spurs advanced to the NBA Finals to face Miami Heat. Leonard made his first team and first final appearance in the match scoring 14.6 points and 11.1 rebounds on average. The following season, he helped the team win the NBA Championship, defeating the previous year’s champion, Miami Heats. Additionally, he earned the Finals MVP title.

After a good career run till 2018, Kawhi Leonard moved to Toronto Raptors via a trade request. There he played for a season and helped the Raptors win the NBA Championship. Furthermore, he earned the finals MVP title once again. In July of 2019, Leonard signed a new deal with the Los Angeles Clippers. After a few injury-filled seasons, he recently made his return to professional games on October 3, 2022. In his return match, Leonard scored 11 points, four rebounds, two assists, and two steals giving his team the win.

Leonard is a New Balance-endorsed athlete. Previously he was sponsored by Nike, where he was signed under the Jordan sub-brand. He is also affiliated with Honey and Wingstop. The player reportedly earns around $40 million from his endorsement deals.

Leonard is in a relationship with Kishele Shipley. The couple isn’t married yet. They share two children, a daughter named Kaliyah Leonard and a son. Leonard is known for avoiding the limelight and interviews to keep his personal life and family-related information private. 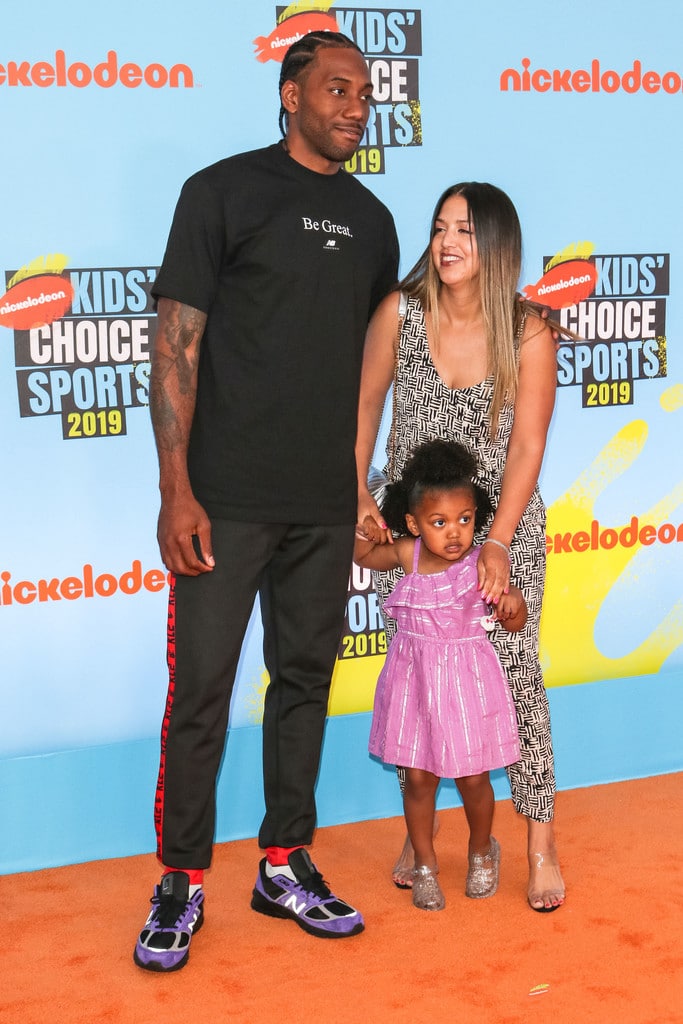 Kawhi Leonard is known as “Claw” or “Klaw”. He earned the moniker due to his exceptional ball-hawking and defense capabilities. Fans refer to the athlete as “Fun Guy” because of his humorous and lighthearted personality.

No. Leonard is currently in a relationship with Kishele Shipley.

How Tall is he?

The basketball player is 31 years old.