Novak Djokovic is a Serbian professional tennis player with a net worth of $220 million. At present, he is ranked 7th in the ATP singles ranking worldwide. The player has been ranked world no.1 for a record 373 weeks in total. Read to know Djokovic’s net worth, salary, earnings, wife, age, and other related information.

Djokovic’s professional career began as the top-ranked U-14 player in Europe. Additionally, he was a member of the Serbian junior team for the Davis Cup. He reached the semifinals of the Australian Open 2004, which is considered one of his best junior performances. Moreover, he participated in the French and US Open the previous year.

Djokovic went professional with the ATP Tour in 2003. His first Grand Slam appearance was at the Australian Open in 2005. The player earned his first pro-career ATP title in 2006. That year, he defeated Nicolas Massu in the Dutch Open and earned his first title. The following year, he earned his first Masters title in Key Biscayne by defeating Rafael Nadal.

Novak Djokovic is one of the most successful tennis players in the world. He holds a record 89 career titles at present, ranking 5th in the Open Era. Additionally, he has won a total of 21 Grand Slam singles titles throughout his career. He became the winner of the Tour finals a total of 5 times. Furthermore, he reached 1st rank and sat there for a record total of 373 weeks in the ATP singles worldwide ranking. He was a bronze medalist in the singles division of the 2008 Beijing Olympics.

While Djokovic is better known for his tennis accolades, the player is also a highly active philanthropist off the court. He is the founder of the Novak Djokovic foundation. The foundation’s cause is to help children from disadvantaged communities grow up in a more familial and safer environment. The foundation also helped build 50 schools as of 2022. Djokovic and his wife were presented with the Humanitarians of the Decade award on April 2022. He has won the heart of many with his work both on and off the court.

Novak Djokovic’s Net Worth and Salary:

Djokovic’s net worth is over $220 million (£178.8 million) in 2023. According to official reports, he won over $159 million in prize money from his professional tennis career. His yearly income is around $34.5 million on average. The player was listed 46th in Forbes’ list of the World’s highest-paid athletes. Outside of tennis, he is considered a very successful businessman by many experts. He has made multiple investments. He currently holds 80$ stake in a biotech firm QuantBioRes. The player also helped financially during the 2014 Balkans flood, Serbia during the covid-19 pandemic, and many more times.

Djokovic has been known for his long-running Adidas partnership. The player has his own custom shoe line-up under the brand. For clothing, he is affiliated with Lacoste and Uniqlo. Additionally, his partnership list includes Heads and ASICS. He reportedly earns $30 million yearly, from endorsement contracts. The player recently included Raiffeisen Bank International in his advertising partnership list. He also worked as a brand ambassador for brands like Audemars Piguet, and Mercedes-Benz.

Novak Djokovic is married to Jelena Djokovic. They have been in a relationship since their high school days. The couple got married in 2014. The couple currently shares two children, Stefan Djokovic and Tara Djokovic. 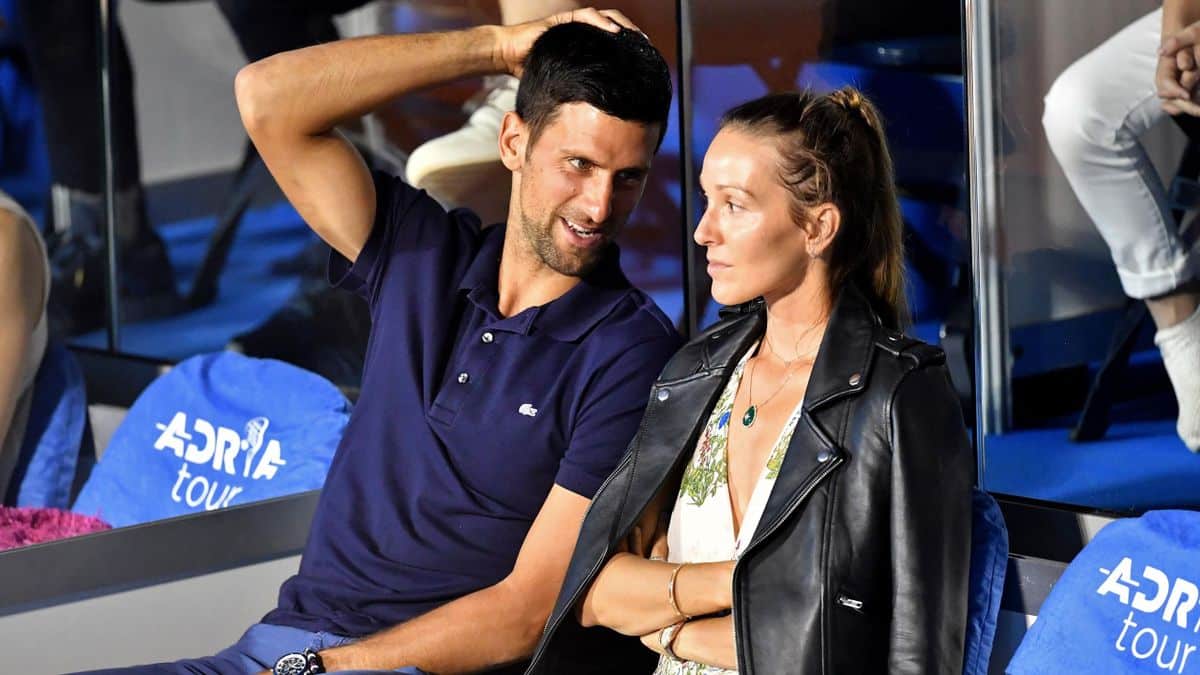 Djokovic is popularly known as “Nole”, “Djoker”, and “The Serbinator”. Nole is a common Serbian nickname for Novak. He earned the nickname Djoker for his good sense of humor while interacting with fans and peers. While the name Serbinator came from his calculated yet aggressive play which leaves his opponent vulnerable.

The pro-tennis star is 35 years old.