Oleksandr Zinchenko is a Ukrainian professional footballer. He currently serves as a defender or midfielder for the Premier League club Arsenal FC and the Ukraine national football team. Read the article to know Zinchenko’s net worth, salary, earnings, wife, age, height, and other life details.

Zinchenko signed his first professional contract with the Russian Premier League club Ufa. He made his debut for the club on March 20, 2015. After 4 months, he scored his first goal under Ufa, in a 1-2 losing match against FC Rostov.

Throughout the 2021-22 season, Zinchenko made 15 appearances for Manchester United. Among these, he started in starting XI for 10 matches and entered as a sub for the rest. His last match for the club was a 2-3 victory against Aston Villa.

This year Oleksandr Zinchenko signed a transfer deal with Premier League club Arsenal. With a transfer fee worth £30 million, he joined the club on 22 July 2022.

Oleksandr Zinchenko’s Net Worth and Salary:

Oleksandr Zinchenko’s net worth is $5 million in 2023. He hasn’t disclosed his salary amount at Arsenal yet. Previously, the footballer played for Manchester City. The club paid him an annual salary of £3.06 million. His current value is €25 million. Previously, it peaked at €30 million in 2019.

Oleksandr Zinchenko is currently married to Vlada Shcheglova Sedan. Sedan is a Ukrainian TV reporter. Previously, they were in a secret relationship, which they publicly disclosed in 2019. The same year, he got engaged to her. Then in August of 2020, the couple tied the knot. Currently, they share a daughter. 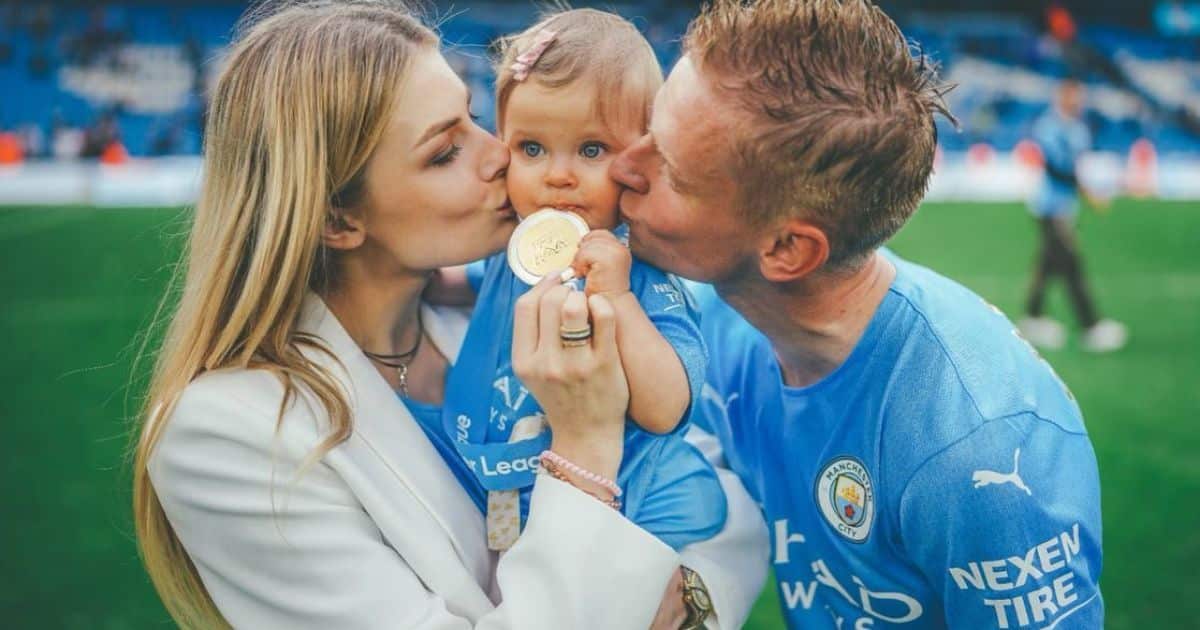 Zinchenko was born on 15 December 1996 in Radomvshl, Ukraine. At present, he is only 25 years old.

Zinchenko has a kit-related deal with sportswear giant, Puma. He is a regular user of the Puma Ultra Ultimate. Additionally, he also has an endorsement deal with VBET. The online betting company announced him as its brand ambassador in 2021.

What is Oleksandr Zinchenko’s Net Worth in 2023?

Oleksandr Zinchenko’s net worth is $5 million in 2023.

The Ukrainian footballer is 25 years old.