Olivier Giroud is a French professional footballer who plays as a striker for AC Milan in the Serie A and the France national team. The 36-year-old’s net worth is $10 million.

Olivier Jonathan Giroud was born on 30 September 1986 in Chambery, France. The striker made his international debut for France in 2011, at age 25. He has more than 116 international caps and has played in six major tournaments.

Olivier Giroud was named in the France squad for the FIFA World Cup 2022. He scored 2 goals in their 4-1 victory over Australia in their opening game.

☝️ of the most underrated footballers, Olivier Giroud is on the cusp of history 😍

The Frenchman started his senior career for Grenoble and played for the club from 2005-2008.

In 2010, Giroud joined the Ligue 1 side Montpellier. He became the Ligue 1 joint-top scorer with 21 goals in the 2011-12 season, helping Montpellier to clinch the league title.

The 36-year-old’s prime sources of earnings are his football contracts, endorsements, bonuses, sponsorship posts, and other businesses.

In 2018, Chelsea spent £18 million to buy the French striker from Arsenal.

France striker Giroud is a Puma-endorsed player. He will wear the Puma Ultra Ultimate soccer cleats for the 2022-23 season.

Jennifer is the lovely wife of France striker Olivier Giroud. The couple married back in 2011. They are blessed with two sons and two daughters. 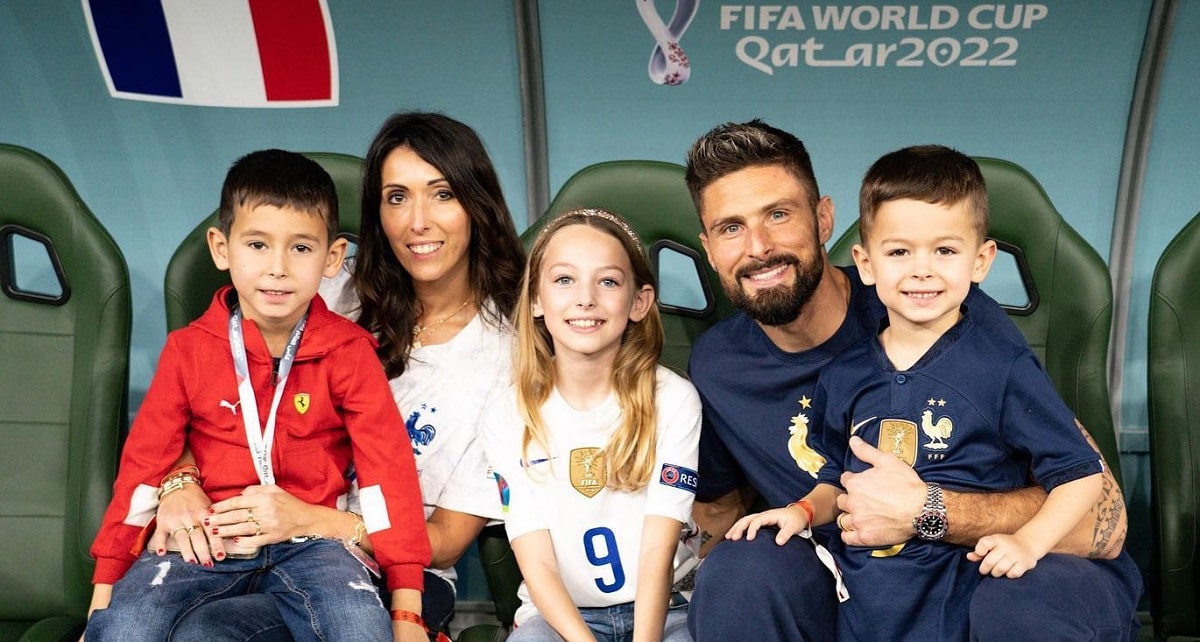 Olivier Giroud wears no. 9 for the France national team and AC Milan.

What is Olivier Giroud Net Worth in 2023?

French striker Olivier Giroud’s net worth is $10 million as of 2023.

What number does he wear for France?

Giroud wears no. 9 for France.