Pablo Carreno Busta is a Spanish professional tennis player. He has won six singles and four doubles titles on the ATP Tour. Read the article to know Busta’s net worth, salary, earnings, wife, and other information.

Since his junior days, Carreno Busta had a successful run. His junior world ranking reached no.6 in 2009. The same year he turned professional. He participated in his debut ATP Tour event in the 2011 Barcelona Open. There he was defeated by Benoit Paire in the opening round.

In April of 2016, Carreno Busta made it to his second ATP final. Unfortunately, he lost the ATP Estoril final against Nicolas Almagro. Additionally, that year he reached 38th worldwide in ATP rankings, which was his first top-40 ranking.

Pablo Carreno Busta is married to Claudia Diaz. They have dated for five years since 2016. Then in December of 2021, the couple tied the knot with a private ceremony. The pair don’t share any children yet. 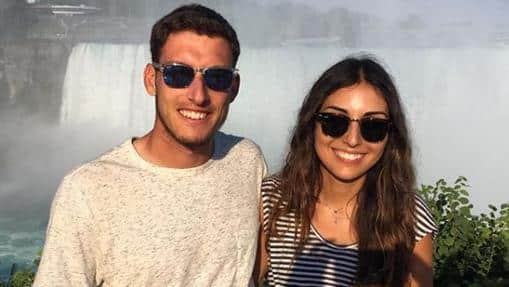 Carreno Busta has signed multiple endorsement deals throughout his career. A good portion of his income comes from these deals. At present, he is affiliated with Joma Sport, Wilson Tennis, and ISDIN. The player is also partnered with the automobile company, Peugeot.

What is Pablo Carreno Busta’s Net Worth in 2023?

How Old is Pablo Carreno Busta?