Rob Holding is an English professional footballer. He is currently serving as a center-back for the Premier League club Arsenal. The article contains detail on Holding’s net worth, salary, earnings, wife, age, and other information.

Holding started playing for Stalybridge Celtic during junior days. Following this, he joined the youth system of Bolton Wanderers. In 2015, he joined the League Two club Bury on a loan deal. On April 3, 2015, he made his only appearance for Bury, stepping on as a 79th-minute substitute in a 2-0 victory over Cambridge United. After coming back to Bury he made a professional deal with the club.

For Bolton, he made his de4but on 11 August 2015 as a starter. The squad won his debut match with a 1-0 score against Burton Albion. He made 30 appearances for the club but scored only one goal. He won the Bolton Wanderers Player of the Year in the 2015-16 season via vote.

Bonton then shifted to Premier League club Arsenal FC in July of 2016. His transfer cost the club. He made his debut for the club in the 2016-17 Premier League season-opening match. There Arsenal lost the match with a 4-3 score to Liverpool. On 28 September 2017, he made his first goal for Arsenal. His team won against Bate Borisov in the UEFA European League with his close-range shot.

Holding was also a part of the England U-21 squad for the Toulon Tournament 2016. Additionally, he was selected for the England squad in the 2017 UEFA European U-21 Championship. He made 5 appearances for the U-21 team internationally.

Rob Holding’s Net Worth and Salary:

Rob Holding’s net worth is €1.8 million (£1.6 million) in 2023. The player currently has a contract with Arsenal FC worth £13.5 million. The club pays him £2 million annually. Previously, he played in Bolton Wanderers. There his weekly wage was only £250. Holding’s current market value is €10 million. It peaked at €18 million back in June of 2021.

Rob Holding is currently in a relationship with Paige Almendariz. She is an Instagram model and footballer. Previously she starred for UNLV. Currently, she is a member of SC Braga. Holding and Almendariz first met back in 2018. They have been in a relationship since. 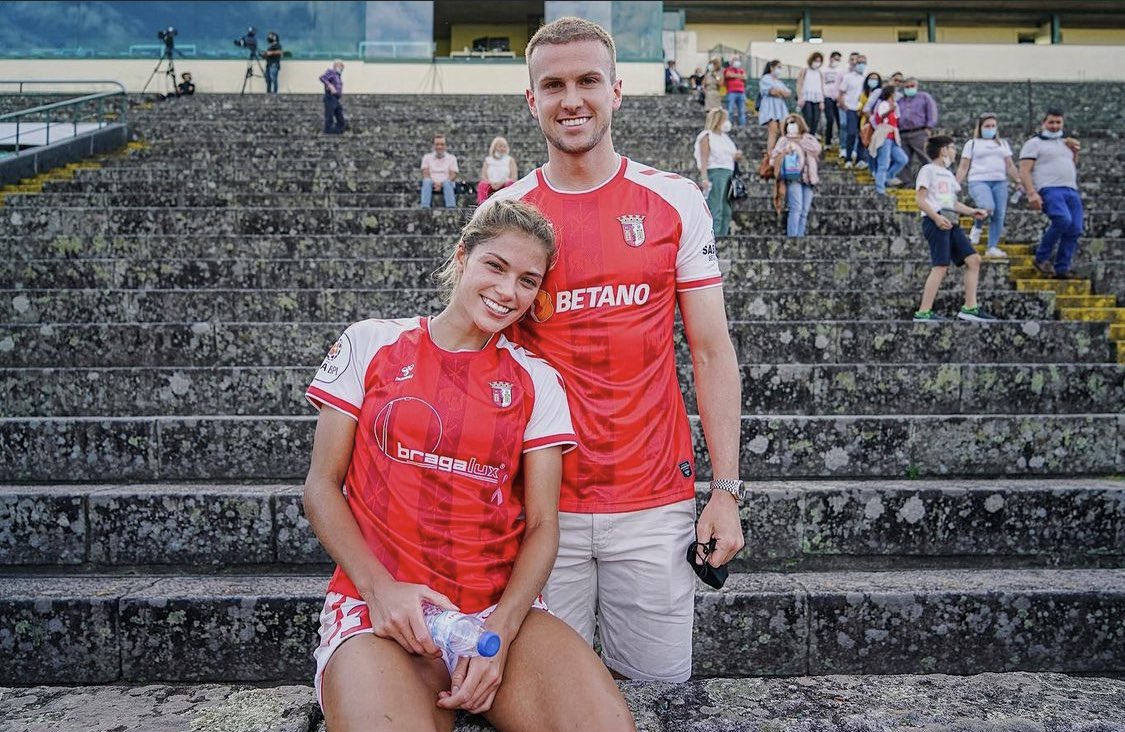 Holding was born on 20 September 1995 in Stalybridge, England. At present, he is 26 years old.

Holding currently has an endorsement deal with Nike UK. As per their sponsorship deal, he used the Nike Tiempo Legend 9 Elite throughout the 2021-22 season.

How old is Holding?

The English footballer is 26 years old.

No. He is in a relationship with Paige Almendariz.