Robert Lewandowski is a Polish professional footballer with a net worth of $85 million. He is currently serving as a striker for the La Liga club, Barcelona. Additionally, he is the captain of Poland’s national football team. The article contains Lewandowski’s net worth, salary, earnings, wife, age, and other related details.

In 2010, Lewandowski joined the Bundesliga club Borussia Dortmund. There, he won two consecutive Bundesliga titles as well as the league’s top goalscorer award. He also appeared in the 2013 UEFA Champions League Final with Dortmund.

Robert Lewandowski agreed to join Dortmund’s regional rivals, Bayern Munich. It happened on a free transfer prior to the start of the 2014-15 season. He has won the Bundesliga title in each of his initial eight seasons in Munich.

Lewandowski was crucial in Bayern’s treble-winning UEFA Champions League victory in 2019-20. He is one of just two players, along with Johan Cruyff, to win the European treble while scoring the most goals in all three tournaments, and the first to do it as the sole leading scorer in all three.

Robert Lewandowski’s Net Worth and Salary:

Lewandowski’s net worth is $85 million in 2023. He has earned over €134 million from his professional football career. In 2021, he was listed 48th on Forbes’ list of the world’s highest-paid athletes. He recently joined Barcelona with a fee of €50 million for four years. He will earn €23 million annually from the club. Lewandowski’s current market value is €45 million, which peaked at €90 million in 2018.

Lewandowski is a Nike-sponsored athlete. He was spotted using the Nike Zoom Mercurial Vapor 15 in the 2022-23 season. The footballer has additional endorsements with Huawei, EA Sports, Opel, and Procter & Gamble. He reportedly earns around $7 million yearly from sponsorship deals.

Lewandowski is married to Anna Stachurska who herself is an athlete She was a Karate World Cup champion in 2009. The couple tied the knot on June 22, 2013, in their hometown Warsaw, Poland. The couple welcomed their first child Klara on May 4, 2017. 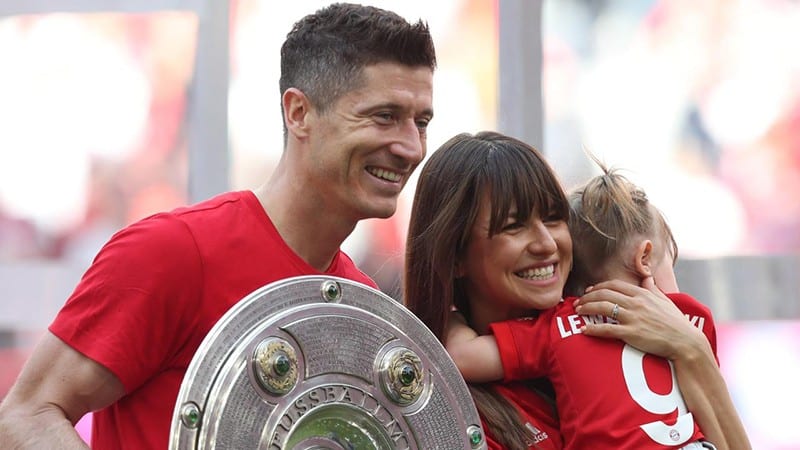 The polish forward was born on 31 August 1988 in Warsaw, Poland. He is currently 34 years old. However, he is still playing like a teenager. He still has a lot of years to go before hanging up his boots.

Robert Lewandowski or famously known as “LewanGOALski” amongst his teammates. His goal-scoring skills and unbelievable record have made him earn this name.

What is Robert Lewandowski’s net worth in 2023?

How old is Lewandowski?

The football star is 34 years old.

Surprise Sports Desk - 29 January 2023, 6:30 AM
People want to know about Naba Das death news. Be with us till the end to know more details on politician Naba Das Death...

Why Did Koo Hye-Sun Divorced Her Husband? Net Worth, Bio, Age...

Erling Haaland On A History-Making Route