Roman Reigns is an American professional wrestler. He is currently signed to WWE and is a six-time world champion there. At present, he performs on SmackDown. Read the article to know Reigns’ net worth, salary, career earnings, wife, and other information.

Roman Reigns was born in Florida. Surprisingly, his career first started with football. At Pensacola Catholic High school, he played football for three years. During his senior years, he earned the title of Player of the Year in Pensacola News Journal. Moreover, he received first-team ACC recognition in 2006 after making 40 tackles.

Reigns wasn’t selected in the 2007 NFL Draft. But the Minnesota Vikings signed him later that year. Sadly, he was diagnosed with leukemia that year and was released from the team. The following year, he was signed by the Edmonton Eskimos for CFL. His most substantial performance came against Hamilton Tiger-Cats in September, when he tied for the team lead with five tackles and had a forced fumble. In November, he retired from professional football.

Reigns started pursuing a wrestling career in 2010. That year, WWE signed a contract with him and assigned him to FCW. He made his tv debut on August 19, 2010. During that period, his in-ring name was Roman Leakee. His debut match was a 15-men battle royal won by Alex Riley. He won a triple threat match on the FCW program airing on February 5, 2011, against Dean Ambrose and Seth Rollins to advance as the top challenger for the FCW Florida Heavyweight Championship.

FCW was renamed NXT by WWE in August 2012. On the October 31st broadcast of NXT, Reigns made his television debut by defeating CJ Parker while using the new ring name Roman Reigns and a villainous persona. He partnered with Dean Ambrose and Seth Rollins for his main tv roster “The Shield”. The team made its debut on November 18, 2012.

Unfortunately, Roman Reigns announced his indefinite hiatus from RAW in 2018. Additionally, he revealed that his leukemia had returned after 11 years of the first diagnosis. After 4 months of successful treatment, he returned to RAW in February 2019. On the April 16 episode of SmackDown, Reigns was drafted to the SmackDown brand. According to WWE announcers, Reigns was “SmackDown’s biggest ever acquisition.”

Roman Reigns’ Net Worth and Salary:

Roman Reigns’ net worth is $15 million in 2022. He annually earns $5 million from his contract with WWE. Reigns is one of the highest-paid wrestlers in the association. Additionally, he appears in movies, tv shows, and video games often, which significantly raises his revenue. The recent surge in PPV subscriptions also put a significant impact on the WWE superstars’ income.

Roman Reigns is married to Galina Becker. She is a popular fitness model, media face, and internet personality from the US. Her full name is Galina Joelle Becker. The pair met back in 2006 while studying at the Georgia Institute of Technology. At the end of 2014, they got married at the Disney Castaway Cat Island. The couple share five children. 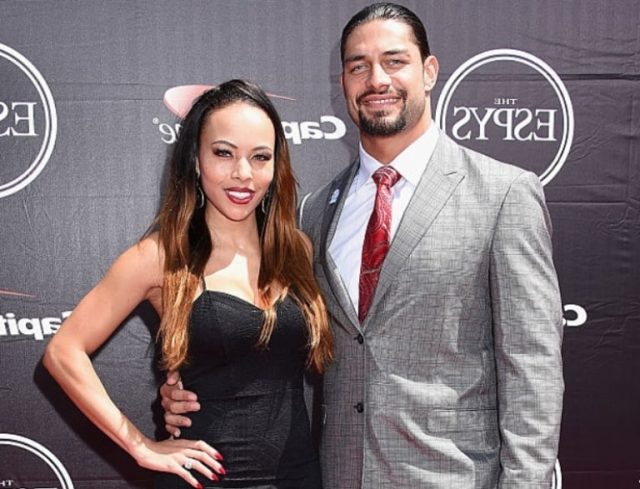 Unlike other sports, WWE manages event-wise sponsorship deals instead of individual player endorsement deals. As a result, Reigns doesn’t have any personal sponsorship. But he works with Shady Rays and c4 energy drinks on advertisement partnerships.

Reigns is also known for his association with various charity foundations. He is associated with the Make a Wish foundation and the Leukemia and Lymphoma Society.

What is His Annual Income?

How Old is Roman Reigns?