Thomas Partey is a Ghanaian professional footballer. He is currently playing as a midfielder for Premier League club Arsenal and the Ghana national football team. Read the article to know Partey’s net worth, salary, earnings, wife, age, and other related information.

Thomas Partey was a part of Odometah’s youth program. He first signed a professional contract with Atletico Madrid in 2012. He was first called up to the main squad on 10 March 2013. Unfortunately, he was an unused substitute there. Then in July, the club loaned him to Mallorca. There he made his professional debut in a 0-4 defeat over Sabadell.

Partey then shifted to the La Liga club Almeria as a loan. There he made his debut on 23 August 2014. The match was a 1-1 draw against Espanyol. He made his first goal for the club in April of the following year. Moreover, that match was a 3-0 win against Granada.

After playing as a loan player for two years, Partey finally made his first team debut on Atletico Madrid in November of 2015. The following year, he scored his first goal for the club. With his goal, Madrid won the game against Levante. He also substituted Koke in the 2016 UEFA Champions League final against Real Madrid.

In 2017, Partey signed a contract extension with Atletico Madrid. Additionally, that year he became the first African to score for Atletico in UEFA Champions League. The player also participated in the 2018 UEFA Europa League winning final. Furthermore, before departing Atlético at the start of the 2020–21 season he qualified for a champion’s medal as Atlético won La Liga that year.

On 15 October 2020, Partey joined Arsenal with a £45 million release clause. In Arsenal’s 38 Premier League fixture throughout 2021-22 season, he made 23 appearance and additionally substituted once.

Thomas Partey’s Net Worth and Salary:

In 2023, Thomas Partey’s net worth is £25 million. Arsenal bought him in 2020, which cost the club a total of around £50 million. Currently, he earns £8 million yearly from the club. Previously, Partey played in Atletico Madrid. The club paid him a yearly wage of £2.5 million. His current market value is €38 million. It peaked at €50 million back in February of 2019. 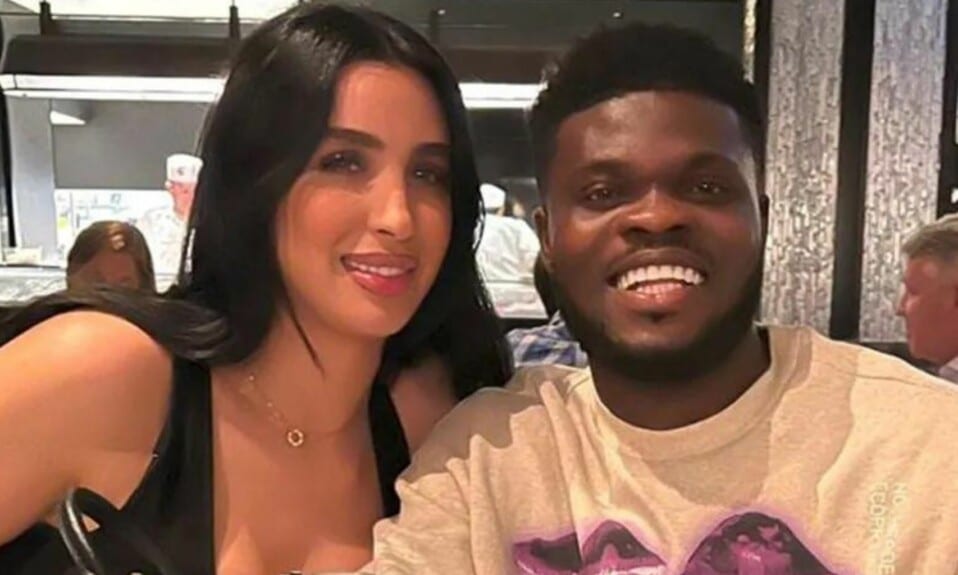 At present, Partey has a boot sponsorship with Adidas. He wore the Adidas X Speedflow throughout the 2021-22 season, as per his contract with the sportswear brand.

Thomas Partey Is The Man That Makes Arsenal Tick!

How old is Partey?

The Ghanaian footballer is 29 years old.