Travis Kelce is an American footballer with a net worth of $20 million. He is currently serving as the tight end for the National Football League team Kansas City Chiefs. Read the article to know Kelce’s net worth, salary, earnings, wife, age, and other information.

Kelce started his professional career in the year 2013. He is often recognized as one of the fastest-emerging talents in the NFL. He is respected in the football world for his quick speed, skills, and understanding of the game.

His amazing pairing with his teammate, Mahomes, has led them to achieve many incredible victories for the team. Together they are a threat to the defense of most NFL teams. Though, the Ohio native did not have the dream start of his career. He sustained an injury and underwent an operation in his very first season.

However, Travis Kelce return to the game was strong in the next season and marked his presence with some exceptional displays of skills. He was named to his first Pro Bowl in the year 2015. “Zeus” as he is now famous, became the 91st player in the top 100 NFL Players list of 2016. His ranking gradually increased in the upcoming years.

The 2019 season was the one in which Kelce established himself as a player and improved his abilities. He became the quickest tight-end player in the NFL to list 500 receptions. The following year, he was listed in the First-team All-Pro list. He currently holds the record for most consecutive 1000+ yards seasons from 2016 to 2021.

His amazing performance with Kansas City Quarterback Patrick Mahomes in 2020 made him famous. The duo helped their team Kansas City in winning the Super Bowl title. This was achieved for the first time after a 50 years-long drought.

Travis Kelce’s Net Worth and Salary:

Kelce’s net worth is $20 million in 2023. He currently has a 4-year contract with Kansas City Chiefs, worth $57.25 million. He earns an annual salary of $10.5 million. Currently, his base salary is $7.8 million. He is currently ranked the 2nd highest salary earner on his team.

Kelce is currently in a relationship with Kayla Nicole. Nicole is a professional model, YouTuber, and television host. They have been in a relationship since 2017. Reportedly, the pair split over the summer of 2020 and patched up things together quickly later. 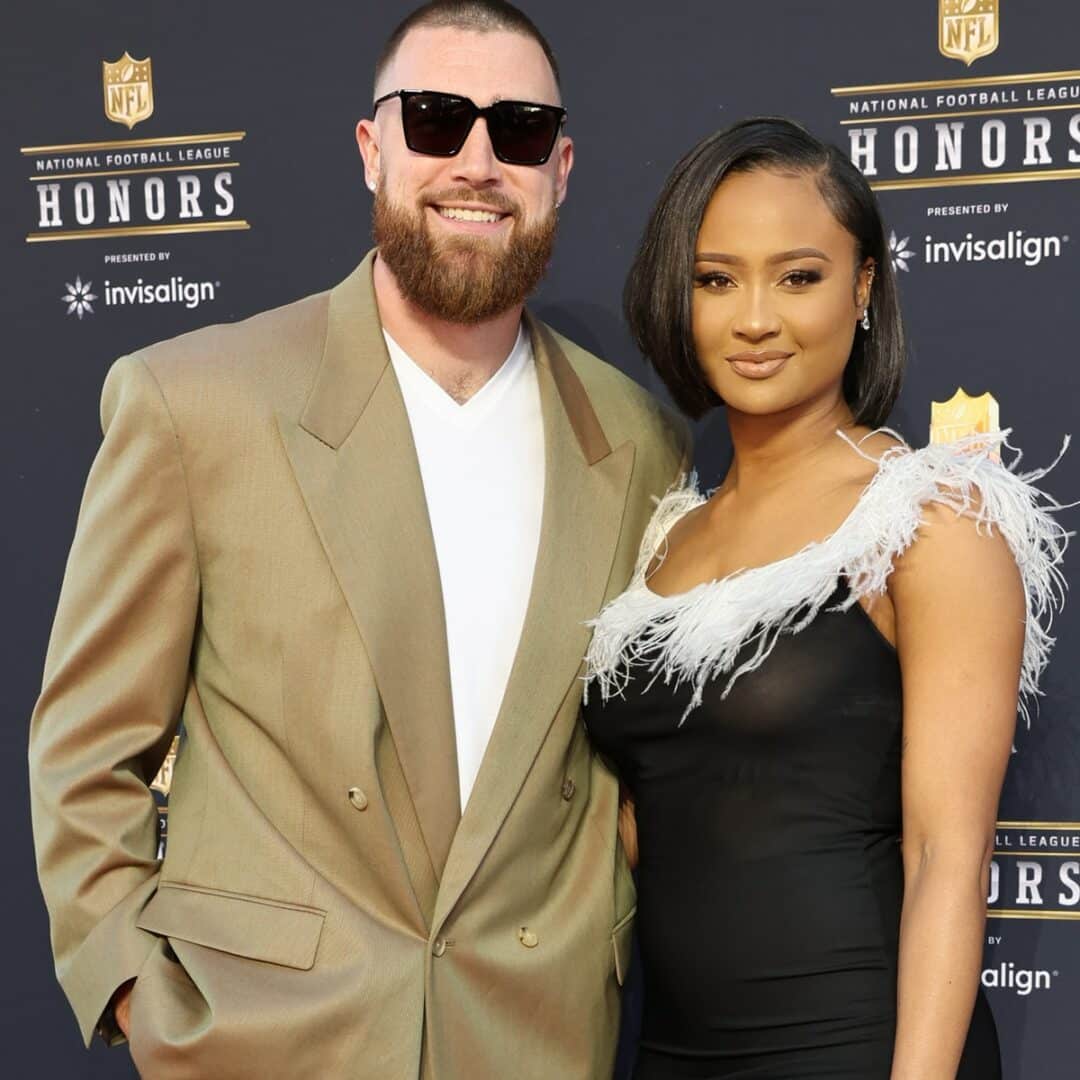 Travis Kelce Mic’d Up: “Can I get some bubble wrap on my elbows?” | Chiefs Training Camp 2022

How old is Kelce?