Tyson Fury is a British professional Boxer and two times world heavyweight champion. Here, you will know Fury’s net worth, salary, age, height, wife, nickname, and all the recent news.

Tyson Fury represented both England and Ireland as an amateur. Fury has three times represented Ireland at the international level. He worked out of Belfast’s Holy Family Boxing Club. On December 6, 2008, at the age of 20, Fury made his professional debut in Nottingham.

Fury defeated American boxer, Vinny Maddalone, by TKO in a bout for the vacant WBO Inter-Continental heavyweight championship. Fury was scheduled to face American world championship contender Kevin Johnson in a WBC title eliminator in November 2012. Johnson was defeated by Fury in a unanimous decision.

Wilder and Fury fought to a 12-round split decision tie, which meant Wilder kept his WBC belt in 2018. The event was a critical as well as a commercial success. In November 2019, ESPN confirmed that Fury would meet Deontay Wilder in a rematch of their 2018 fight in February 2020.

Fury put Wilder out again in the fifth round with a rapid combination accentuated by a left hook to the body, retaining his WBC and The Ring heavyweight titles. In October 2019, Fury appeared in an angle on WWE’s SmackDown on Fox premiere. During Braun Strowman’s bout, he pretended to be a fan and looked him down. Recently, he faced Dillian Whyte in a 12-round match. Knocking out Whyte in 6th round, Fury retained the WBC and The Ring heavyweight titles for second time since winning them in 2020.

Tyson Fury’s Net Worth and Salary:

In 2023, Tyson Fury’s net worth is £53.6 million ($65 million). He is currently ranked 18th amongst world’s highest paid athletes, according to Forbes. Recently, it was revealed that the Gypsy King has earned over £177 million ($203 million) throughout his professional boxing career. Despite making such amount, he has a relatively modest lifestyle.

The player is married. He is married to Paris Fury since 2008. They have two children in their family. 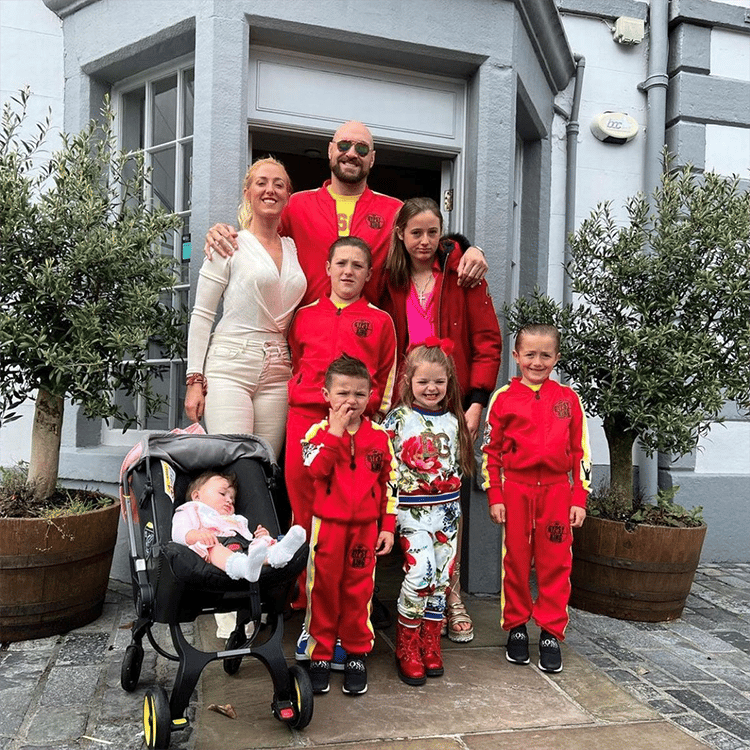 Born on 12 August 1988, Fury is currently 34 years old. The British boxer is from Manchester, England.

The English boxer has a height of 2.06 m. His weight is 126 kg. He currently competes in the Heavyweight division of professional boxing.

Tyson Fury has the nickname, Gypsy King. This comes from his Irish root. He himself, as well as his fan, followers call him by this name.

Fury reportedly receives $7 million in sponsorships. WOW Hydrate is one of his primary sponsors. Fury, on the other hand, has his own line of products. Fury signed an £80 million bout agreement with ESPN, a US network, in February 2019. Furthermore, he was also sponsored by Fashion Nova during his fights with Wilder.

What are Fury’s Career Earnings?

Yes, the player is married to Paris Fury.