Virgil van Dijk is a Dutch professional footballer with a $30 million net worth. He is currently playing as a center-back for the Premiere League club, Liverpool, and the Netherlands national team. Read to know Dijk’s net worth, salary, earnings, wife, age, and other related details.

Van Dijk is a solid center-back who also plays for the Netherlands national football team. Though he ended up being the runner-up for the Ballon d’Or and Best FIFA Men’s Player award but remains the only defender to win the UEFA Men’s Player of the Year title. Van Dijk made his professional debut in 2011 for Groningen but joined Celtic in 2013.

The Dutch star footballer played two seasons for the club and won the Scottish Premiership and was also declared the PFA Scotland Team of the Year. He also won the Scottish League Cup in the second year for the Celtic club.

After some of his great performances, Van Dijk became famous as “the best defender” among his followers. His worth was recognized by various teams and in 2015, he joined Southampton. He then moved to Liverpool and signed a massive contract with them in 2018 for £75 million, which was a record-breaking transfer fee for any defender in football history.

Van Dijk also won the 2019–20 Premier League for his team. He captained the Netherlands national team in March 2018 and led them to the finals of the inaugural UEFA Nations League. However, they ended up being the runners-up team despite their hard work on the field.

As of 2023, Van Dijk’s net worth is $30 million. He currently has a 4-year contract extension signed with Liverpool FC. The contract is currently worth over £45.76 million. Additionally, he will earn £11.4 yearly from the club. He is currently the second-highest-earning player in the club, after Mohamed Salah.

The Dutch footballer is Nike sponsored athlete. Additionally, he is affiliated with EA for their FIFA video games. In 2019, Van Dijk was featured as a cover star for the FIFA 20 video game.

Van Dijk is married to Rike Nooitgedagt. The footballer got married to the love of his life and childhood friend, Nooitgedagt in 2017. Both are happily married and share two beautiful daughters. 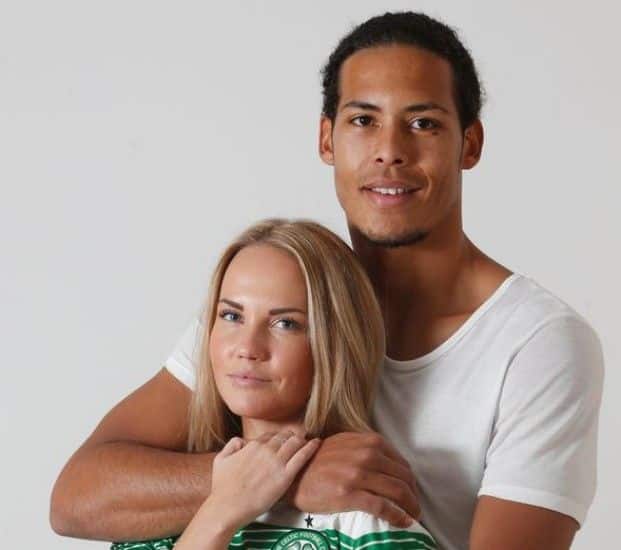 Virgil van Dijk was named “the best defender” by the Borussia Dortmund striker before the game. It turned out to be a thriller game between the two players. He is also called “Aquaman” by fellow countryman footballer, Gini Wijnaldum.

How Tall is Van Dijk?

The football star is 31 years old.