Will Zalatoris is an American professional golf player. He is a regular PGA Tour competitor. Here, you will know Zalatoris’ net worth, salary, age, height, wife, nickname, and all the recent news.

Zalatoris became a pro in 2018 but failed the First Stage of Korn Ferry Tour Q School. He depended on Monday qualifying and sponsor exemptions in 2019 without status. After finishing third in the LECOM Health Challenge on July 7, he earned membership for the rest of the season and full status for 2020.

He won his first pro tournament by one stroke in July 2020. He became the Korn Ferry Tour points leader and qualified for the U.S. Open at Winged Foot. At the U.S. Open, he aced the par-3 7th hole in the first round and almost repeated it six holes later. It was his first top-10 result in a major competition. After finishing T8 in the Corales Puntacana Resort and Club Championship, he became a Special Temporary Member after the Bermuda Championship.

In April 2021, Zalatoris finished second in the Master’s Tournament with a 9-under-par total, one stroke behind champion Hideki Matsuyama. He also became the 2020–21 PGA Tour Rookie of the Year. The American golfer tied for the Farmers Insurance Open lead after 72 holes in 2022. He also became the runner-up at the PGA Championship after losing to Justin Thomas. This was his 5th top-10 and second runner-up among his total eight major PGA starts. According to OWGR, Zalatoris is ranked 14th worldwide on PGA Tour.

Will Zalatoris’ Net Worth and Salary:

Will Zalatoris’ net worth is $5 million in 2023. He earned over $10 million only from official tournaments. During the 2020-21 campaign, he brought in an astounding total of $1,942,002 in earnings. Similarly, when competing in the U.S. Open, he brought home a substantial quantity of money of $424,040. He earns a good amount of money from different endorsements. In the golf money leaders list of this season, he is ranked 5th earning $6,705,082 from 22 events.

Will Zalatoris is engaged to Caitlyn Sellers at present. The couple first met at Wake Forest college in 2018. Following this, they have been in a relationship for the past few years. Surprisingly, the pair successfully got engaged at the end of April 2022. 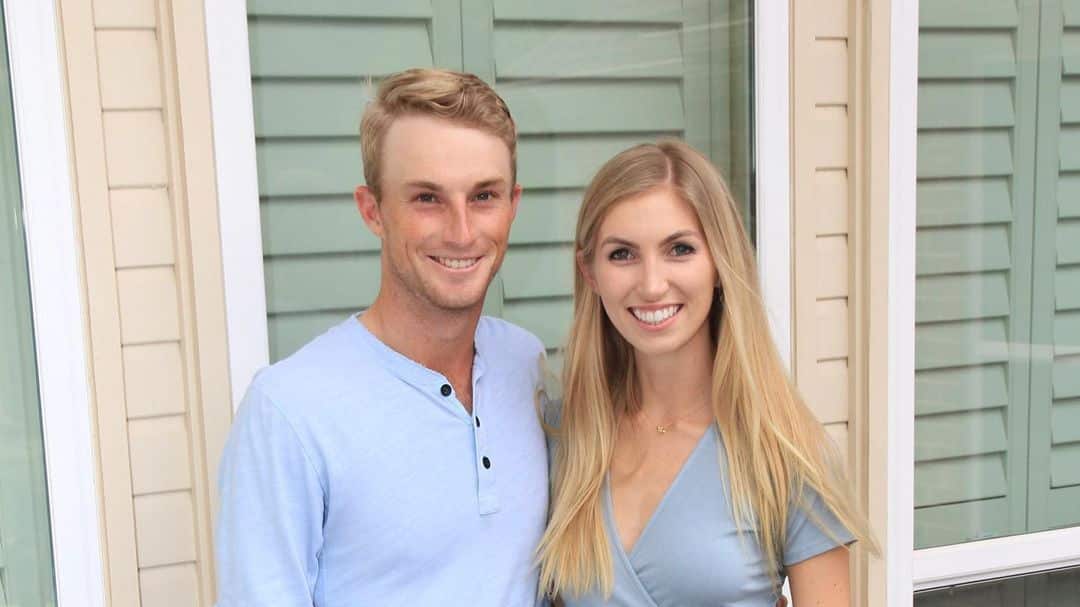 Zalatoris was born on August 16, 1996 in San Francisco, California. Currently, he is 25 years of age.

The American professional golfer has a height of 6 feet 2 inches. His weight is 75 kg.

Thanks to his successful golf career since a young age, his endorsement list is quite healthy too. The player is currently signed with sport-related brands such as Titleist, Footjoy, and Players Group Management. Additionally, he has partnership deals with Omega Watch, UKG inc, and Simmons Bank. In 2021, Zalatoris signed a logo deal with Unisys Corp.

FAQ about Will Zalatoris:

How old is Zalatoris?

The American golfer is 25 years old.

No. Will Zalatoris is currently engaged to Caitlyn Sellers.