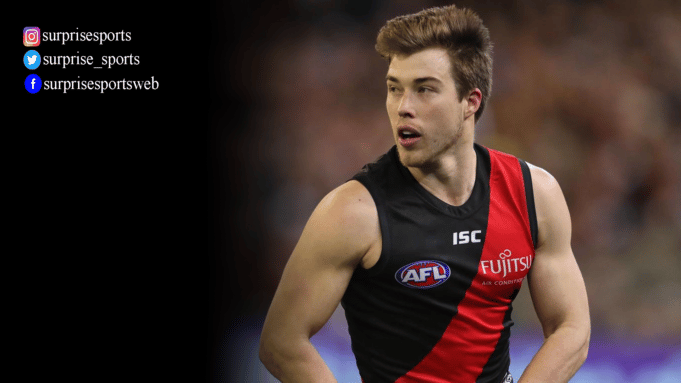 Zach Merrett is a professional Australian rules footballer who has a net worth of $1.5 million. He currently serves as a midfielder for the AFL team Essendon Football Club. This article contains detail on Merrett’s net worth, salary, earnings, wife, age, and all other related details.

From a young age, Merrett participated in Cobden’s Auskick program. During his junior career, he played for the Cobden Football Club. Later he partook and was picked overall no 26 and 2nd by Essendon in the 2013 National AFL draft.

During the 2014 AFL season, Merrett made his debut against North Melbourne. Replacing Martin Gleeson as a substitute, he made his professional journey debut. Throughout the season, he collected three tackles and two goals in a round 11 win against Richmond. This earned him a nomination for the 2014 AFL Rising Star.

In 2015, Zach Merrett was picked in the midfield. Unfortunately, he missed most of the season due to a major stress fracture in his foot. The following year, he became the third youngest match day captain in Essendon history during round 21. With his leadership, Essendon won the match with six-point ahead of the Suns.

Throughout the 2017 season, Merrett served as the vice-captain for his team and had an amazing year. His breakout performance listed him as the first selection for the All-Australian team that year. In the following two years, his performance was below average. Especially his ankle injury pushed him back through the first half of 2019. But he made a quick comeback later season.

Merrett’s most successful year to date was the 2020 and 2021 seasons so far. He had 26.3 disposals and 4.3 marks per game in 2020. Champions Data evaluated the statistic as exceptional. This advanced him to second place in the Crichton Medal. In 2021, he won the WS Crichton medal and was again listed on the All-Australian Team. Currently, he is sharing the 14th placement with 5 other players in the 2022 Brownlow Medal leaderboard with 12 votes.

Merrett’s net worth is $1.5 million in 2023. He earns around $750,000 – $850,000 per season, from Essendon football club. He earns a good portion of his annual income from endorsement deals. Last year, he signed a six-year contract extension with his current club.

Merrett’s successful career earned him a good amount of endorsement deals. The player currently holds 2 official AFL sponsors. This season, his gold sponsor is McPherson Window Cleaning, and his bronze sponsor is CT Solutions Australia. Additionally, he is affiliated with Under Armour through his club Essendon.

Merrett is currently in a relationship with Alexandra Bourne. The pair is often seen participating in various AFL-related parties together. But the AFL star is very secretive about disclosing his personal life and family member-related details. 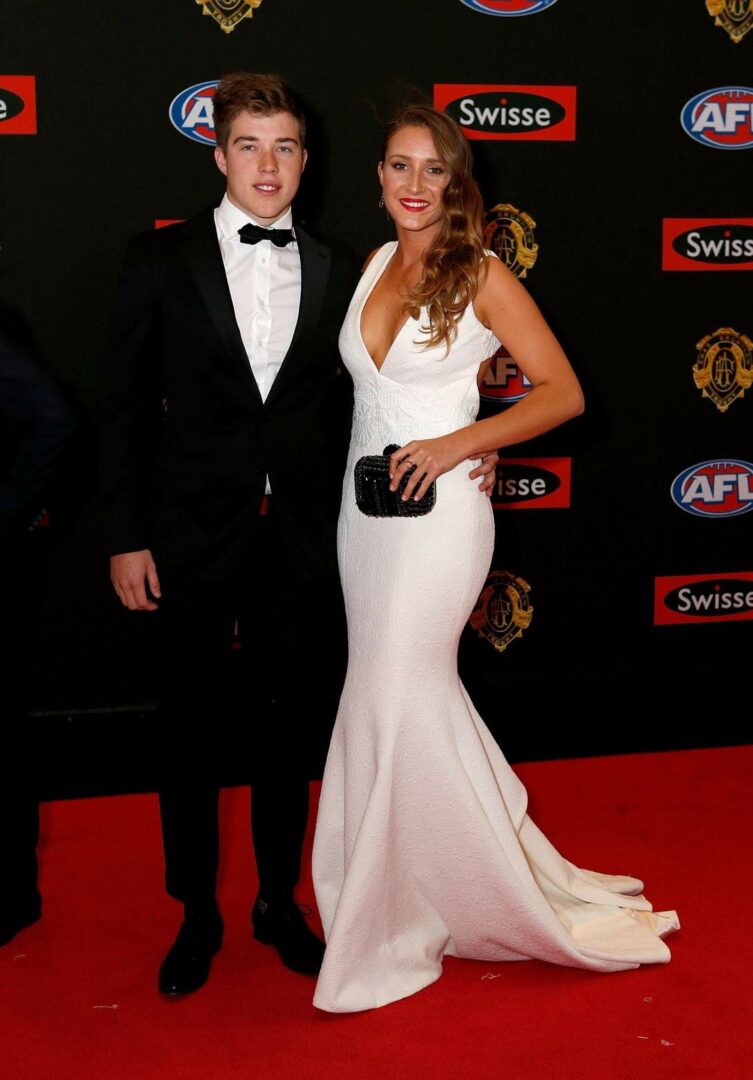 Merrett was born on 3 October 1995. He was raised by his parents, Greg and Cathy Merrett, in Cobden, Victoria. At present, the player is 26 years old.

How old is Merrett?

How tall is Merrett?