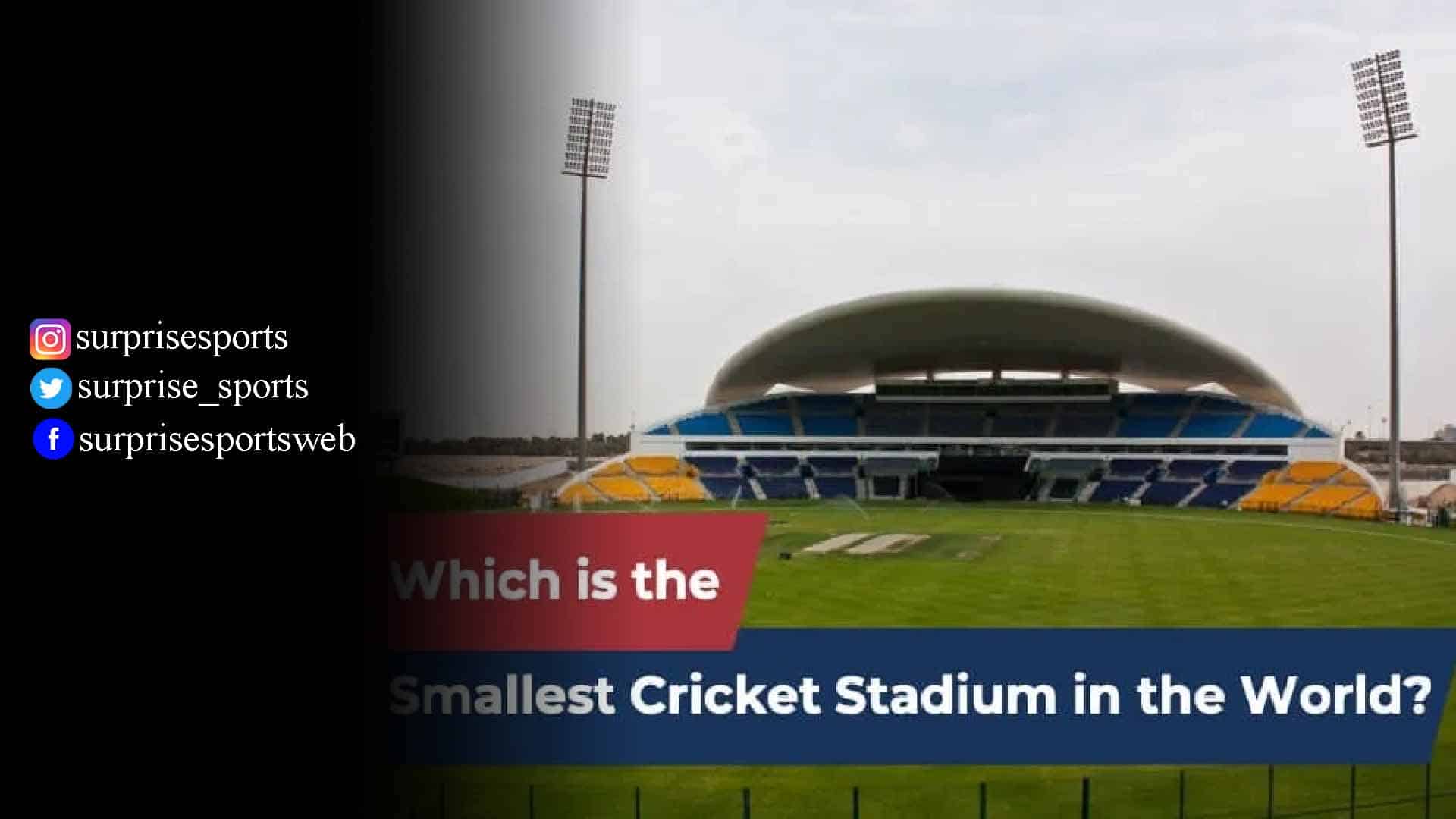 A more intimate cricket ground can still provide a great atmosphere for the game, and here are some of the smallest stadiums from around the world.

Eden Park in Auckland, New Zealand, is the smallest ground in dimension. The shortest part of the ground is the straight boundary which measures just 55 meters.

This helps to make Eden Park a popular choice for limited overs matches, and a good percentage of games are played here.

We now know that Eden Park in Auckland is the smallest ground in terms of boundary length. Short boundaries generally lead to high scoring, and that’s largely been the case here.

The highest team score in T20is on this surface is a mighty 245/5 made by Australia in 2018. The previous record of 243/6 was set in the first innings of the same game by New Zealand.

The Wanderers in Johannesburg

South Africa’s Wanderers ground in Johannesburg is next up. It’s a spectacular location, but it’s a relatively small one.

At its shortest point, one of the square boundaries measures just 64 meters. The Wanderers was the scene of that incredible ODI in 2006 when South Africa and Australia passed 400.

Lord’s is the home of cricket, so it’s strange to think it’s relatively small in modern-day terms.

It’s been around for centuries so maybe we shouldn’t be surprised to learn that the shortest square boundary comes in at 65 meters. That’s a more suitable size for cricket played in the 1800s and early 1900s.

Eden Gardens in Kolkata is another surface that seems huge when you see it on television.

This is another compact location; the shortest boundary here is a square one, which measures 65 meters. One of the reasons for the small playing area is that most of the stadium is given over to seating.

Eden Gardens is one of the biggest cricket grounds in terms of its capacity, 66,000.

India is one of the most active countries spreading their international matches around. The national team has used the Holkar Stadium at Indore since 2006, when India played an ODI against England.

Since then, T20is and test matches have also been played here. The straight boundary is one of the shortest in world cricket at 68 meters.

The smallest international stadium in terms of capacity is the Grange Club in Edinburgh. Scotland has played the vast majority of their international games here.

As of 2022, the official seating capacity of this ground is officially confirmed at 5,500.

The Grange Club in Edinburgh

As we’ve seen, the Grange Club in Edinburgh is the smallest cricket ground by capacity.

Scotland is an emerging nation and has started to produce some impressive performances. If their cricket continues on its upward curve, they may have to consider redeveloping that stadium or maybe even moving to a new location.

For now, this is the most common ground in the country, and it has been since Scotland first played an ODI against Bangladesh at the Grange Club in 1999.

Ireland has already achieved test status, but they still retain one of the smallest stadiums in world cricket. While most of their games are played in Dublin, the national team regularly uses the Stormont Cricket Ground, north of the border.

This facility in Belfast currently holds a capacity of 6,000. It has yet to host a test match, but the first international game at Stormont was an ODI between Ireland and England in 2006.

Canada has appeared in cricket world cups since 1979, but they remain an emerging nation. One of their most intimate facilities is the Maple Leaf Cricket Club in Ontario which can hold up to 7,000 spectators.

Opened in 1954, the ground became the second in Canada to host international cricket, and its first game was an ODI against Bermuda in 2008.

The schedule for international cricket is much busier than it was a few years ago. Because of that, established cricket countries have had to look at using new stadia.

In Australia’s case, it meant using the facilities at Traeger Park in Alice Springs. First-class matches and Big Bash games have been played here since 2015. The current capacity of this ground is 7,200.

Zimbabwe cricket has had its ups and downs, but it still retains a loyal following in its own country. The Queens Sports Club in Bulawayo is a regular facility for international matches, even though its capacity is a limited one at 9,000.

Being small is no barrier to hosting international cricket. There’s a good mix of grounds here, including some located within emerging nations and others from established test-playing countries.

We may see these lists change with more cricket being played worldwide soon. It’s good to see these stadiums being used; each plays an important role in the game today.