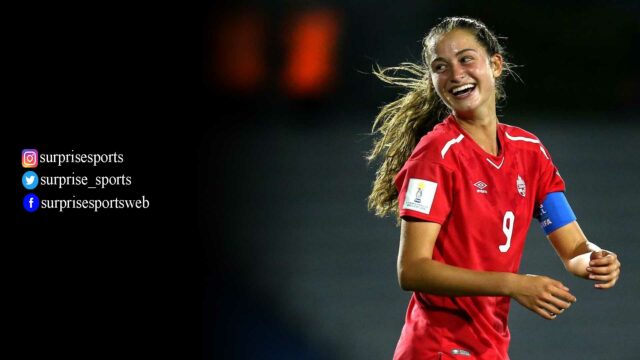 Football is the most popular sport in the world. It takes talent, dedication, and hard work to play the game. Currently, both male and female athletes compete in a number of national and international football leagues. Female footballers are thriving nowadays, having stable and well-paying careers.

It has been only around 20 years since female football became a thing. Yet, countless female athletes have demonstrated their superior skills in the field already. Some even take side gigs such as TV ads, modeling, etc. This brings the question that which female footballers are the most good-looking. In this article, we have compiled a list of top 10 female footballers who are not only excellent at playing but have good looks too.

Alexia is a Spanish footballer. She is currently playing for the famous Spanish club FC Barcelona. She has a very successful international youth career. Segura won two youth national cups. She made her World Cup debut in 2015. She also participated in the 2019 FIFA Women’s World Cup. The Ballon d’Or winner has the most match appearance for Spain.

Kosovare is a Swedish professional footballer. She is the forward of the AC Milan women’s team. Previously she played for top-class clubs like PSG, Manchester City, etc. She made her international debut for Sweden in 2008. Her first World Cup was the 2011 FIFA Women’s World Cup. She was titled midfielder of the year in 2017 Diamantbollen.

Adriana Leon is a Canadian professional footballer. She is playing as a winger for West Ham United and the Canadian national team. She made her World Cup debut in the 2019 FIFA Women’s World Cup. Following year, her team earned the gold medal in Summer Olympics. She also once listed 2nd for CONCACAF Women’s Golden Boot.

Laure Boulleau is a former French professional footballer. She was the defender of Paris Saint-Germain. Throughout her club career, she made a total of 225 goals from 260 matches. She also got listed in the 2013 UEFA Women’s Championship star squad.

Sesselmann is a former Canadian national footballer. She is playing as the defender of Santa Clara Blue Heat. Previously, she served the Canadian national team from 2011 to 2015. There she helped the team win a bronze medal at the 2012 Olympics. Canada Soccer association honored her in 2017 with numerous fellow bronze medalists.

Sydney Rae Leroux is a Canadian professional footballer. She is currently serving as the forward for Angel City FC in the National Women’s Soccer League (NWSL). She represented the Canadian national youth team. Later she shifted to US Senior National Team in 2012. She helped the US national team win the 2012 London Olympics and the 2015 FIFA Women’s World Cup.

Alexandra Morgan Carrasco is better known as Alex Morgan among her worldwide fans. The beauty is an American footballer. She serves as the captain and a striker for the San Diego Wave FC for NWSL. She made her international debut as the youngest player on the 2021 FIFA Women’s World Cup USA team. The following year, her team won the gold medal in the 2012 London Olympics. Recently Morgan made it to the FIFA Pro World11 women’s list of 2021.

Kaelia Watt is a professional American footballer. She is currently playing for the NWSL club, Chicago Red Stars. Watt made her international debut in 2016. She was the lone winning goal scorer in the 2012 FIFA U-20 Women’s World Cup final.

Alisha Lehman is a young Swiss professional footballer. She is serving as the forward for FA club Aston Villa and is a part of the Switzerland national team. She started playing for the Swiss national senior team in 2018. The same year, she scored her first international goal at the 2018 Cyprus Women’s Cup. The natural beauty identifies herself as bisexual. She is currently dating Aston Villa men’s team midfielder, Douglas Luiz. 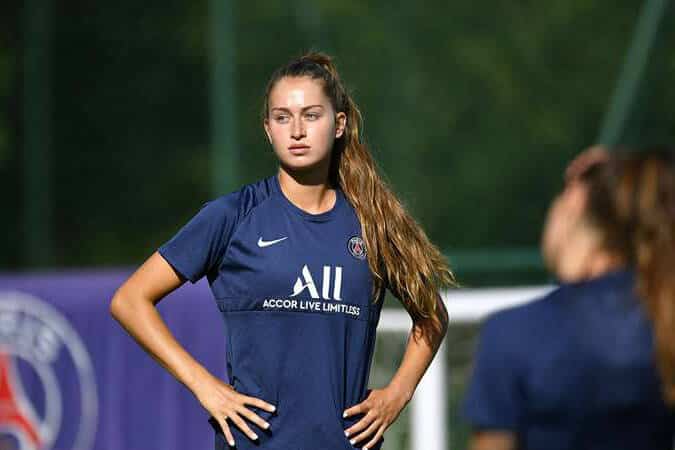 Jordyn Pamela Huitema is a professional Canadian footballer. She is serving as the forward of NWSL club OL Reign. Before turning 20, she became the top Canadian footballer in UEFA Women’s Champions League. The gorgeous sportswoman is often compared to Canadian legend Christine Sinclair. She previously played in the French club PSG. Her senior national debut was in 2017. In the 2020 Tokyo Olympics, Huitema won her first gold medal.

This is our list of the top 10 hottest female footballers. Keep our website in check for the latest information on women’s football and all other sports.