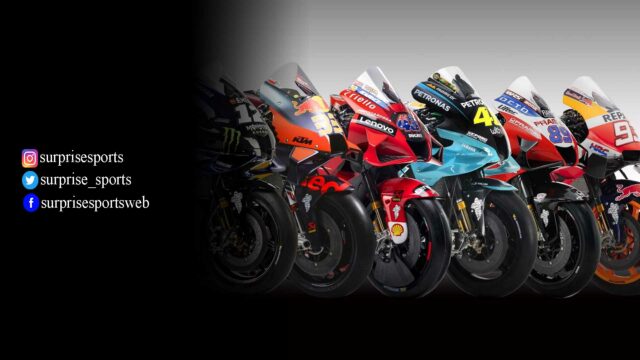 Grand Prix motorcycle racing is better known as MotoGP all around the world. It is one of the most popular racing events among motorcycle enthusiasts worldwide. The event is organized by Federation Internationale de Motocyclisme (FIM).

The bikes used in MotoGP aren’t any ordinary road bikes. They are fully custom-made bikes with special body parts. And the parts are generally costlier than their usual variants. These bikes also contain fully manual tuned engines for the best performance available.

Due to the higher cost of brand parts, only big teams partake in the event. Sometimes, small teams with limited funds go to the secondhand market to purchase bike parts. But the difference becomes obvious on track lots of times. In this article, we’ve compiled some information on the construction cost of MotoGP bikes.

FIM generally holds three categories of races. These include 250cc, 650cc, and 1000cc. 1000cc are under MotoGP. Whereas 650cc races are categorized as Moto2 and 250cc as Moto3. Construction cost generally depends on the category. It can also vary based on the material of parts. Honda, Ducati, and SBK are some of the big teams in MotoGP. Their bike can cost from $1 million up to $5 million.

Engine: The engine is the essential part of a bike. It is the definitive decider of the outcome of a race. As a result, teams invest a substantial major amount of budget on this part. On average, 30%-40% of a bike’s budget is allotted to the engine and its upgrade. Teams like Ducati and Monster Energy Yamaha spend around $700,000 to build a 1000c engine. Whist smaller teams spend around $200,000 to build the same.
Three types of engines are legal in MotoGP. They are the In-Line 4 Engine, V4, and L4 “90V” Engine. The V4 engine is generally costlier than its two counterparts due to rarity and building complexity.

Tires: The second most important of a racing bike is the tire. The tire is responsible for maintaining grip while producing maximum speed. Also, tires degrade over time of constant collision with the road. Engineers also need to take climate, temperature, and state of the road condition. For every different track, a different set of tires is essential. Sometimes even one race requires multiple tires.
Ducati and Honda’s tires cost around $25,000 each. For 650cc and 250cc bikes, the tire cost is approximately $15,000 for a single race.

Accident Cost: Accidents in a MotoGP event is a regular occurrence. The cost of repairing a bike depends on the extent of the damage. Still, even the minimum price gets near $50,000. If the team gets unlucky, the whole bike becomes unusable. In that case, another bike is made from scratch.

All of these pertain to a MotoGP bike cost in 2022. At present, some of the most popular MotoGP bike constructors are Ducati, Honda, KTM, Suzuki, Yamaha, etc. The upcoming Grand Prix of Finland has recently been postponed to 2023. As a result, the FIM MotoGP calendar enlists 20 rounds this year. Keep in touch with our website to learn more about ongoing events on MotoGP and other racing series.