Alex De Minaur was born on 1999 in Australia to his Uruguayan father and Spaniard mother. As e result, De Minaur had both Australian and Spanish citizenship. He started playing tennis at the Sydney private tennis academy from a young age. Additionally, in his junior career, he reached a career-high ranking of 2nd. Moreover, he won the 2016 Australian Open boys’ doubles alongside Blake Elis.

De Minaur made his professional debut in 2015. That year’s July, he participated in the Spain F22 as his debut event. Furthermore, he earned the qualifying round wildcard for next year’s Australian Open. He played the rest of 2016 in the ITF circuit.

In 2017, the player made his grand slam debut at the 2017 Australian Open. Unfortunately, he lost round 2 to Sam Querrey. That year, he also made his French Open and US Open debut. Additionally, he won the 2018 Australian Open play-off which earned him the main draw wildcard for the upcoming event.

In 2021, Alex De Minaur again earned two titles. Firstly, in Eastbourne and then in Antalya Open. He again ranked a new career-highest 15th worldwide in singles. Then he started the following season at the ATP cup. Additionally, he won the 6th career title in Atlanta. Currently, De Minaur is participating in the Western & Southern Open.

Alex De Minaur’s net worth is $1 million in 2023. He earned $7,338,103 of prize money in his career so far. In 2022 alone, he earned over $1.6 million in singles. Furthermore, he earned around $50k from doubles events. His career highest yearly earning was in 2019. That year, he garnered $1.89 million from singles events with three titles. Moreover, the players good amount of money from sponsorship deals.

Alex De Minaur is currently in a relationship with Katie Boulter. The couple only recently publicly disclosed their relationship news. 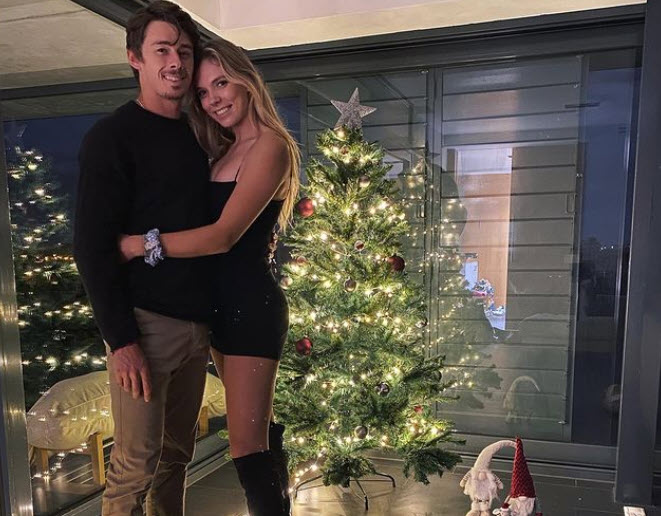 Thanks to a successful career since young days, De Minaur has multiple endorsement deals to earn from. He is currently affiliated with Wilson, FairMarkets, and TAG Heuer. Additionally, he serves as the brand ambassador of Swissie Wellnes. He is also a chief sponsor of the sportswear company, Asics.

What are Minaur’s Career Earnings?

De Minaur has earned more than $7.33 million from his professional career.

No. De Minaur is currently in a relationship with Katie Boulter.