Jeremy Cameron is a professional footballer who has a net worth of $7 million. He is a key forward of the AFL team Geelong football club. The article contains detail on Cameron’s net worth, salary, earnings, wife, and other related information.

Cameron started playing for North Ballarat Rebels in the TAC Cup program in 2010. Later that year, he was drafted via GWS under-age selection. There Greater Western Sydney Giants picked him. After training under the club for a year, he made his professional AFL debut on March 24, 2012. During his debut match, his team faced Sydney Swans. He was nominated for the 2012 AFL Rising Star in round 2.

During his early career, he had a very promising performance. Especially in the 2015 AFL season, he was very energetic. That season, he participated in every single game of the club. From 185 kicks, he scored 63 goals, which is still his career’s second-best seasonal goal record. Following his spectacular showcase, the club signed him a contract extension till 2020.

From 2016 to 2018, Jeremy Cameron continuously showed improvement while garnering individual achievements. He played a huge role in pushing his team to the AFL final series for the first time in 2016. He again made a record of scoring career highest 76 goals from 280 kicks in 2019. That season he achieved his career’s first Coleman medal and became the first-ever GWS club player to earn the award. Cameron played for Greater Western Sydney from 2012 to 2020.

Following AFL 2020, Cameron left GWS and became a free agent. But soon, he joined the Geelong football club. In the ongoing AFL 2022, he scored 62 goals from 241 kicks under the new club. Currently, he is ranked 8th in the 2022 Brownlow Medal leaderboard, accumulating 18 votes.

In 2023, Cameron’s net worth is $7 million. He earns $1 million from Geelong on a seasonal basis. Previously, GWS paid him $900,000 per season. The player earns the majority of his income from endorsement and social media. He was ranked 7th in the AFL’s top-paid 100-player list at the beginning of 2022.

Cameron is also an avid social media influencer, competitive gamer, and streamer. He mostly works with the outdoor lifestyle and camping-related content during the off-season. The player’s official AFL sponsors for this season are Steve & Karen McGowan.

Cameron is currently in a relationship with Indiana Putra. Putra is an e-commerce manager for the designer brand Dion Lee. The pair have been dating for quite a long period, but the exact details about their personal lives are yet to be revealed. They aren’t married and don’t share any children yet. 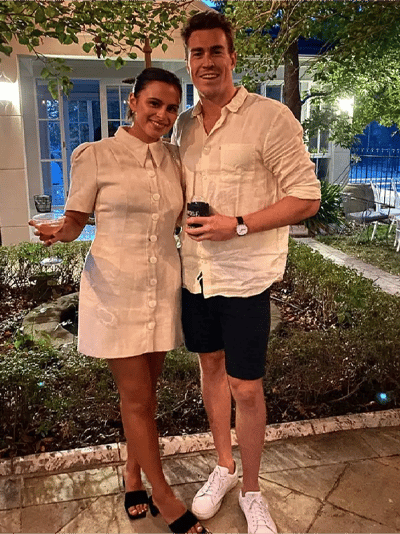 Cameron was born on 1 April 1993 in Dartmoor, Victoria, Southeastern Australia. At present, he is 29 years old.

Jeremy Cameron Kicks a MASSIVE BARREL GOAL AFTER THE SIREN!!

How old is Cameron?

The AFL midfielder is 29 years old.

How tall is Cameron?