Jon Rahm is a Spanish professional golfer who has a net worth of $16 million. He was ranked 1st for a record 60 consecutive weeks in World Amateur Golf Ranking. Currently, he is ranked 6th in Official World Golf Ranking. This article contains details on Rahm’s net worth, age, height, and all the recent news.

Rahm attended Arizona State University with a golf scholarship. There he made a record of winning 11 college golf tournaments. He was also the first to win Ben Hogan Award back-to-back in 2015 and 2016. In April 2015, he ranked 1st on WAGR and held it for 60 weeks. The same year he won the Mark H. McCormack Medal. After winning the Pac-12 Conference championship and NCAA regional championship, he closed his collegiate career.

In January 2017, Rahm won the Farmers Insurance Open, moving him up from 137th to 46th in the OWR. It was also his first PGA Tour victory since becoming a pro. On March 2, 2017, he made his World Golf Championships debut in the WGC-Mexico Championship. He finished second in the finals but ranked #14 overall.

Jon Rahm won the DP World Tour Championship 2019 in Dubai by one stroke. He was therefore crowned European Tour Rookie of the Year. Following this, he topped the Official World Golf Ranking after winning the Memorial Tournament in July 2020. He couldn’t play in the Memorial Tournament in June 2021 since he had COVID-19. But he won his first US Open with two birdies on the last two holes.

Rahm has amassed 4 European tour victories, and 6 international championship wins. He has a playoff record of 2-0 on the PGA Tour. Additionally, He was named PGA Player of the Year for the 2020-21 season. He also received the Vardon Trophy and the Byron Nelson Award for scoring average. In 2022, he finished T3 at the Farmers Insurance Open and was solo runner-up at the Sentry Tournament of Champions. Recently, he came runner-up at the BMW PGA Tour 2022, sharing placement with Rory McIlroy.

Rahm sits just inside the top-40 in career earnings on the PGA Tour with $31m, and he has also made over €16m on the European Tour. Of course, his PGA Tour earnings could even be a little higher had it not been for his positive Covid test, which resulted in him having to withdraw from the 2021 Memorial Tournament. After completing his third round, he had a six-shot lead, yet Covid protocols resulted in his withdrawal. This possibly cost him $1.67m, the winner’s cheque.

Rahm’s successful career has resulted in multiple endorsement deals. The majority of his earnings come from these deals. He is an Adidas-sponsored athlete. Additionally, he has an equipment-related deal with Callaway. Furthermore, the player’s partnership list includes Rolex, TravisMathew, Blue yonder, Silverleaf, VistaJet, and Mercedes Benz.

Rahm is currently married to Kelley Cahill. The pair dated for two years before marrying each other in December 2019. Their son, Kepa Cahill Rahm was born on April 3, 2021. The pair welcomed their second son, Eneko Cahill Rahm, on August 5, 2022. 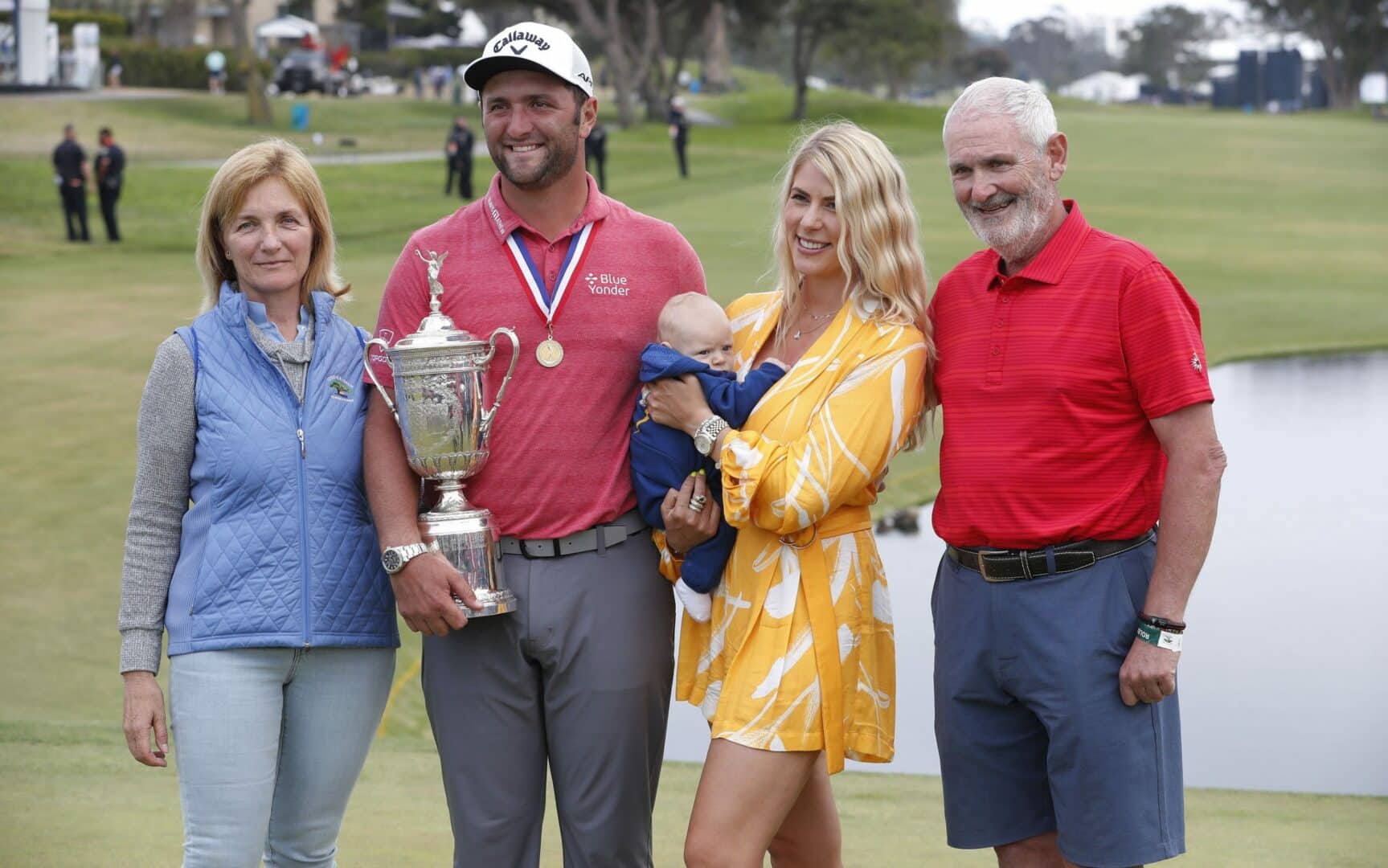 Jon Rahm was born Jon Rahm Rodriguez on 10 November 1994. He was raised in Barrika, Basque Country, Spain. The player is 27 years old at present.

Rahm is nicknamed “Rahmbo” which is also his favorite nickname. He is very popular with his nickname among his family, fans, and peers. He owns the trademark of the nickname too.

What are Rahm’s career Earnings?

How old is Rahm?

The PGA golfer is 27 years old.

What is Rahm’s Height?