Joseph Parker is a New Zealand professional boxer with a net worth of $5 million. From 2016 to 2018, he held the WBO heavyweight title. Read the article to know Parker’s net worth, salary, earnings, wife, age, and other related information.

Since an early age, Parker had a fascination with boxing thanks to David Tua and Maselino Masoe. He had a very successful career since his early days. During his amateur career, he had 66 fights. Among these, 30 were recorded officially where he won 20 bouts and lost 10 times. Among these, 30 were officially recorded, in which he won 20 and lost 10.

Parker’s professional career began in 2012. The 29-year-old boxer is best known for holding the WBO heavyweight belt from 2016 to 2018. He also previously held the WBO Oriental heavyweight championship, as well as African, Oceania, PABA, and OPBF titles. The Auckland native has a strong record, having won 32 professional fights and losing only two of them. This demonstrates his hard work and passion for the sport.

Joseph Parker has won various awards throughout his professional career. He received the New Zealand Pacific Island Sports Emerging Talent Award in 2011. In 2015, he was named World Boxing Organization Oriental Heavyweight Fighter of the Year. The skilled boxer also received the Order of Merit of Samoa in 2016. Parker has also received various awards, including the 2017 Counties Manukau Sporting Excellence Sportsperson of the Year.

According to The Ring magazine, he is the world’s fifth-best active heavyweight as of October 2021. During his time as WBO champion, he was ranked third among active heavyweights according to the Transnational Boxing Rankings Board. Now he is set to face Joe Joyce on 24 September at the AO Arena in Manchester for the vacant WBO interim heavyweight title. You can know more about the event here.

Joseph Parker’s Net Worth and Salary:

Parker’s net worth is $5 million in 2022. He has reportedly earned around $20 million throughout his professional boxing career. On average, the boxer earns $1 million as a guaranteed payment from each fight. His biggest earnings came from the fight against Anthony Joshua in 2018, where he earned over $10 million. Below is an overview of his income in recent years –

Joseph Parker is currently in a relationship with Laine Tavita. The pair have been together for a long time but aren’t married yet. They currently share three daughters named Elizabeth Parker, Shiloh Parker, and Michaela Parker. 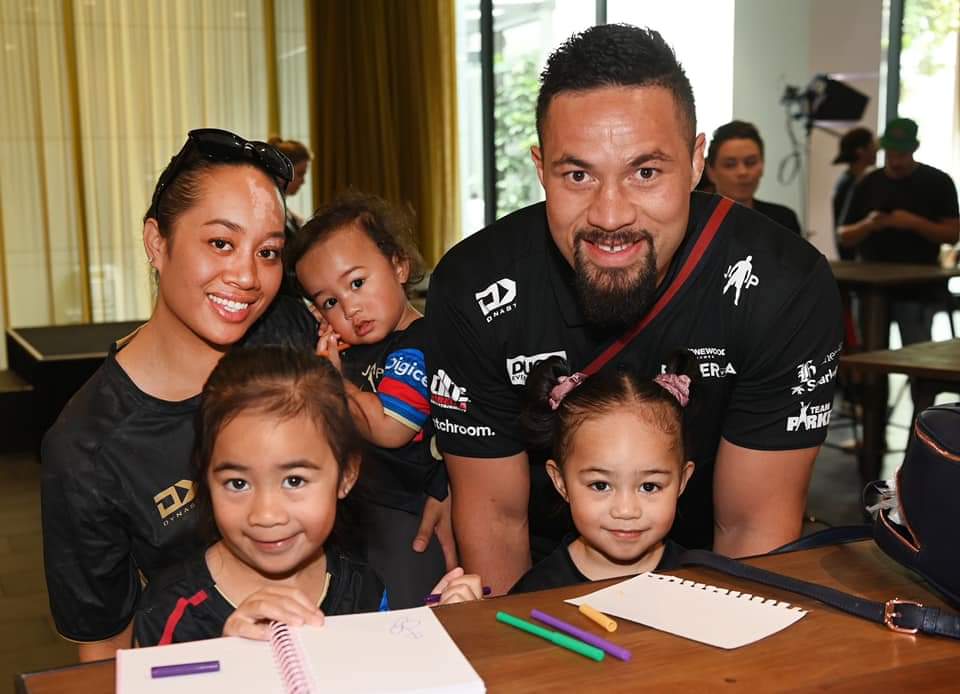 The New Zealand professional boxer has a height of 1.93 m (6 ft 4 in) and he weighs 112 kg. Currently, he is participating in the heavyweight boxing division.

How Tall is Parker?

The professional boxer is 30 years old.