Julianna Pena is an American professional mixed martial artist. She is the present UFC Women’s Bantamweight Champion. Read the article to know about Pena’s net worth, salary, earnings, husband, and other information.

Julianna Pena joined a cardio kickboxing class in her early days of adulthood. Following this, she shifted to mixed martial arts. She began her amateur career in 2009 and had two fights. There she won both fights, the first one via unanimous decision and the second via submission.

In May of 2009, she made her professional MMA debut against Raylene Harvey. She won her first four fights. Following this, she faced two losses. Firstly, against Sarah Moras and secondly against DeAnna Bennet. Between these, she faced an unfortunate accident that left her out of the ring for ten months.

Julianna Pena got selected to be on the Ultimate Fighter event in August 2013. She faced Gina Mazany there and won the bout via unanimous decision. Unfortunately, she had a severe injury which resulted in her losing the fight against Saray Moras. Then in November 2013, she joined UFC. She won her debut match against Jessica Rakoczy via TKO. The following year, she again suffered an injury to her right knee which left her out of the ring for the rest of the year. Additionally, she was featured in the award-winning MMA documentary Fight Life (2013).

Pena’s bout against Amanda Nunes for the UFC Women’s Bantamweight Championship was rescheduled after Nunes tested positive for Covid-19. In the newly scheduled match, Pena won via a rear-naked choke in the second round. Fans still consider it one of the biggest upsets in UFC history. They have scheduled a rematch for the title on July 30, 2022, at UFC 277.

Julianna Pena’s Net Worth and Salary:

Julianna Pena is currently married to Luis Alejandre. Alejandre is a Brazilian Jiu-jitsu practitioner. He is the owner and instructor at Stronghold Jiu-jitsu Academy in Chicago, Illinois. Additionally, he previously helped police agencies and the US army with hand-to-hand tactical instructions. The pair shares a daughter named Isabella Alejandre. 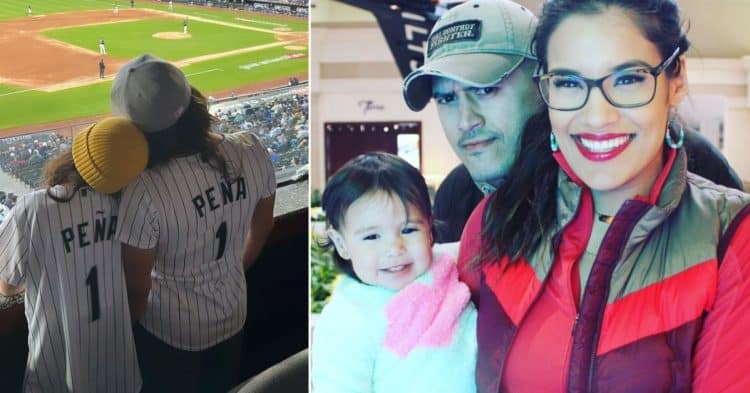 The American mixed martial artist is 5 ft 7 in (170 cm) tall. She weighs 135lbs (61 kg) and is a Bantamweight division competitor.

Thanks to her successful MMA career, Pena earned a few endorsement deals. This January she signed a sponsorship with Jones Soda. She shared an announcement of the news via Instagram. The martial artist also has partnered with Simply Better Brands corporations to promote the “No B.S skincare” lineup. Recently, she also joined the NFT trend with her own cage side NFT pass.

Pena’s in-ring nickname is “The Venezuelan Vixen”. Her nickname is very popular among her fans and peers.

What is Pena’s Height?