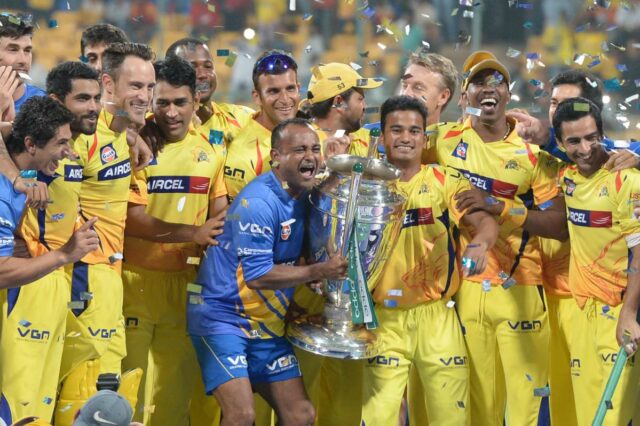 The CLT20 was a competition designed to bring together the best T20 teams worldwide, but how did the tournament work, and why did it end?

History of the CLT20

The Champions League T20 was a competition that involved the best performing T20 teams around the cricketing world. The sides in question had to qualify either by winning their domestic tournament or finishing in a high enough position to book a slot.

The tournament was initially devised by India, South Africa, and Australia organizers. At the same time, the first edition was expanded to include sides from England, West Indies, New Zealand, and Sri Lanka.

Format of the Competition

The format was a fluid one throughout the six editions of the CLT20. In the first tournament, back in 2009, there were 12 sides taking part, and they were initially split into four groups of three teams.

Each team played the other once, and the best two sides in each section progressed to the knockout stage.

By the end of the tournament in 2014, there was an initial qualifying phase involving four teams. Two sides progressed to the regular rounds, where eight other franchises joined them. In this section, there were two groups of five. Each team played the other once, and the two best sides in each section went through the knockouts.

Teams from six countries took part in the first-ever CLT20. However, by the time the last edition took place, that had been reduced to just four.

The 2013 edition of the CLT20 was won by Mumbai Indians, who beat Rajasthan Royals in the finals. Only teams from India, West Indies, New Zealand, and South Africa participated in this stage.

Mumbai won the final after compiling an impressive total of 202/6 as Dwayne Smith top scored with 44. The Royals could only make 169 in reply and lost the game despite Ajinkya Rahane’s 65 from 47 balls.

The proposed 2008 edition of the Champions League was canceled due to the Mumbai attacks, so the first tournament was held a year later.

The winners were the New South Wales Blues, who beat Trinidad and Tobago by 41 runs.

The 2010 edition of the CLT20 was won by Chennai Super Kings, who defeated the Warriors of South Africa in the final.

The Warriors batted first at the Wanderers in Johannesburg and made 128/6 in their 20 overs. It looked like a sub-par total, but CSK needed to wait until the end of the 19th over before chasing the target down with eight wickets to spare.

2011 saw Mumbai Indians claim their first-ever CLT20 title when they beat Royal Challengers Bangalore by 31 runs in the final.

Mumbai compiled 139 from their 20 overs, but they could defend a low total as RCB slumped to 108 with four balls to spare.

Australia’s Sydney Sixers claimed the Champions League T20 title when the competition was held in South Africa in 2012. It was a big win, too, as they defeated the Lions by a ten-wicket margin in the final.

South Africa’s Lions batted first but were dismissed for just 121 from the final ball of their twenty overs. Michael Lumb smashed 82 from 42 balls for a Sixers side who reached their target with more than seven overs to spare.

As we’ve already seen, the 2013 Champions League T20 was won by the Mumbai Indians, who beat Rajasthan Royals by 33 runs in the final.

This game was notable because it was the last ever T20 game for two cricketing legends – Sachin Tendulkar and Rahul Dravid.

This was the final year of CLT20 cricket in its initial format. The competition was held in India, and IPL teams dominated it as the Chennai Super Kings, and the Kolkata Knight Riders reached the final.

The game was won by Chennai, who came through with an eight-wicket margin. KKR batted first and made a strong total of 180/6, but Suresh Raina made a hundred as his CSK side passed the total with two wickets down and nine balls to spare.

I liked the concept of the CLT20 and how it brought global domestic sides together in competition. The problem I felt was that IPL franchises were beginning to dominate, and there wasn’t a level playing field.

If a player qualified for two teams, they seemed more likely to join their IPL franchise as they paid the most money. The IPL is great, but we don’t need a second version, and the CLT20 was like a mini Indian Premier League at the end.

The actual reasons why the CLT20 collapsed included poor viewing figures and a lack of sponsorship. Maybe it will return one day, but the organizers must consider the mechanics more carefully.