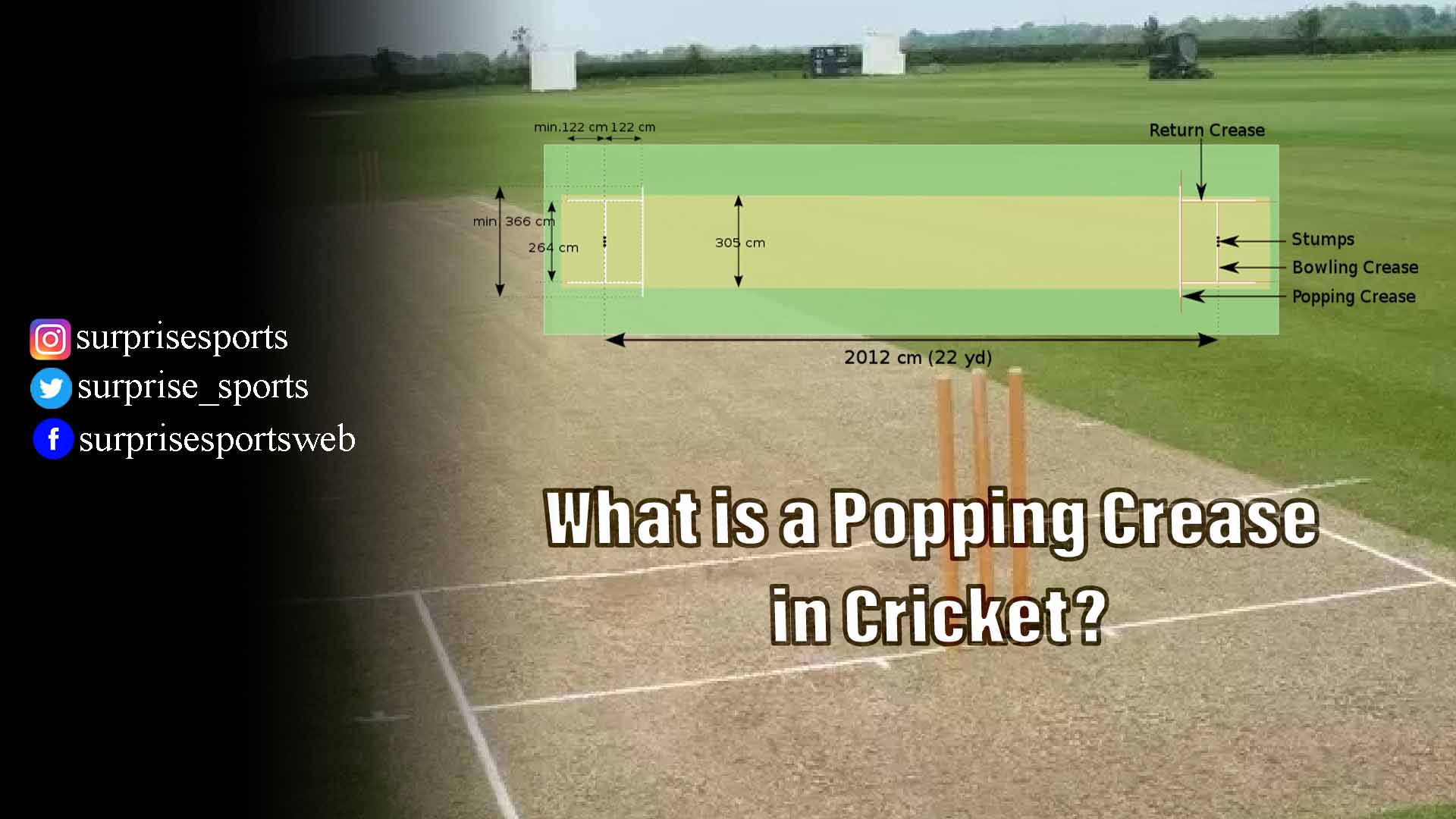 It’s an important part of the markings on a cricket pitch but what, exactly, is a popping crease?

What is a Popping Crease in Cricket?

The popping crease is the horizontal white line in front of the stumps on a cricket pitch. It is there to determine line decisions for both batters and bowlers.

The popping crease is the umpire’s aid in adjudicating on run-out, stumping appeals, and calling no balls when bowlers overstep.

Why is the Popping Crease so Called?

The term ‘popping crease’ relates to a previous innovation in cricket known as the popping hole. This was a hole in the ground where the batsmen had to place their bats to score a run.

The fielding side had to get the ball into the hole to effect a run-out. This was quite a dangerous process, so the hole was abandoned and the popping crease incepted.

Impacts of the Popping Crease on the Game

Unless the ball travels to the boundary, a batter must run to the opposite end of the pitch and ground their bat behind the popping crease if they are to record a run.

The popping crease is also used to judge dismissals. If the fielding team appeal for a run-out or stumping, the batter is not out if the bat, or a part of their body, is grounded behind the popping crease.

Note that the line itself ‘belongs to the umpire.’ If the batter’s bat, foot, or other parts of their body is on the line but not behind it, they should be given out.

For these reasons, the ground staff must mark the popping crease. It needs to be visible to all officials, particularly the third umpire adjudicating on run-outs, stumping, and even no balls.

Without video technology, the umpires on the field will have to make all these decisions. It may be a surprise for cricket fans who only watch the games on TV to learn that no DRS and no TV umpire adjudicates online decisions like these.

In most domestic games worldwide, it’s all down to the two umpires who take to the field of play. For this reason, the popping crease must be marked.

In the early days of the popping crease, lines were scratched onto the wicket. In time, cuts came along to replace these. Because of the damage done to the wicket, lines of whitewash were eventually employed, and this method is now used in modern-day cricket.

Difference Between The Popping Crease & The Bowling Crease 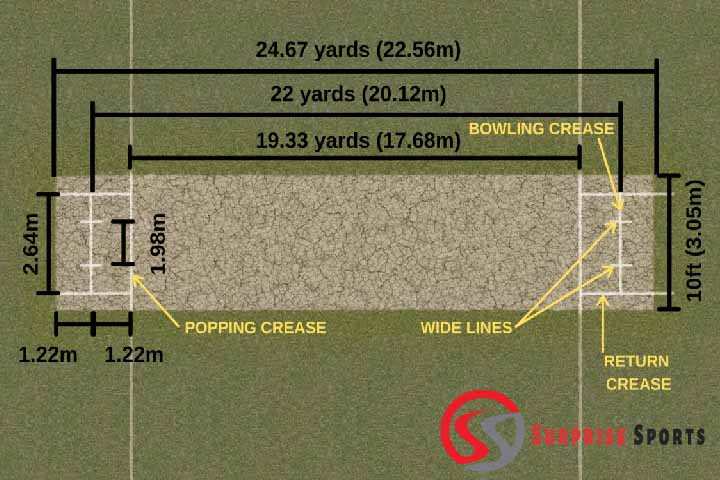 While they are both integral parts of the pitch and are placed close, the bowling crease and the popping crease have different roles.

What is the Length of the Popping Crease?

The laws of cricket do not cover the length of the popping crease. It should be visible to both umpires and could be unlimited, but it will need to cover the width of a pitch.

The popping crease will therefore tend to be at least ten feet long.

What is the Distance Between the Popping Crease and the Stumps?

This strict measurement ensures consistency and fair play for batters and bowlers trying to comply with the laws related to the popping crease.

It’s nice to see some traditions holding steady in cricket. The popping crease is a historical term that refers to the very beginnings of the sport. It’s good that the popping hole has gone, as it sounded quite dangerous, but the popping crease has moved in to take over and continue the name.

The most important law to remember regarding the popping crease is the one that says that the line belongs to the umpire. The batter must be grounded over the line while the bowler must have part of their foot behind the line to keep within their respective laws.