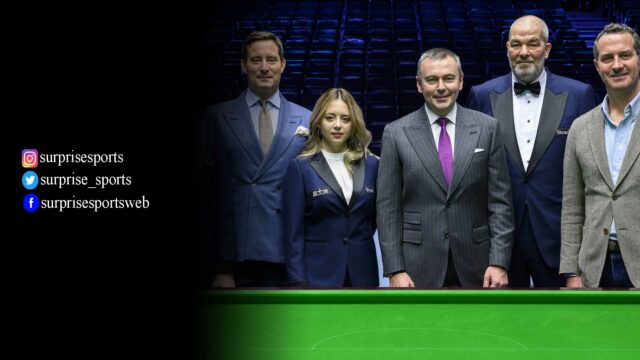 Snooker, a cue sport invented by British Army officers, is a popular board game worldwide. This article contains details about Snooker referees salaries in 2022.

The professional side of Snooker is currently governed by World Professional Billiards and Snooker Association (WPBSA).

Under the organization, there are multiple associated sub-organizations like World Snooker Tour, World Women’s Snooker, and World Disability Billiards and Snooker. These organizations are responsible for organizing various events and managing players all over the world.

Alongside the players, referees are integral factors in this game. Based on their experience, they earn an extensive amount of money from this board game.

Salaries based on Referees Category:

Based on one’s experience level as both a referee and a player, salaries are categorized into three major fractions for referees.

Once qualified, referees are considered entry-level. They start working at lower-level competitions and work their way up. Entry-level referees are paid an average of $40 per game which can sometimes go up to $70.

Although the starting $4,500 isn’t enough for a living wage, after 3-4 years of experience in amateur and local tournaments, they can shift to the pro level.

Professional Snooker referees mainly officiate over Snooker World Championship, Master Series, European Series, and other major international tournaments. Their average annual salary is $25,000. From various sideline tournaments, they can also earn up to $1,500. Other than that, they can sign various sponsorship deals that can make them $1,000 on average.

Compared to their male counterpart, female Snooker referees are often discriminated against in wages. They get an average of annual $20,000 as salary. From various tournaments, they can earn up to $1,200. While from sponsorship, good deals can earn them $1,000 like their male counterparts. When an official referee is selected for semi-finals or finals, their salary increase based on the tournament.

The highest-paid snooker referee is Jan Scheers, as of 2022. He has a base salary of $30,000 and from tournaments, he gets $2,500 on average. The referee officiated in the final of the 2010 Brugges Open. His officiating in the 2012 German Masters was a highlight of his career. In 2008, he was chosen as a referee for the IBSF World Championships. Since then, he has served in some major competitions, including finals.

While the highest-paid female snooker referee is currently Desislava Bozhilova. She has a base salary of $23,500. From every tournament appearance, she earns $1,500 on average. She has previously officiated in WSC finals and is again officiating at the competitions this year.

This wraps up a look at the snooker referees’ salary in 2022. While male referees make a good living out of their job, their female counterparts with the same amount of workload are still lagging behind on the wage scale. While the job pays well, it is considered fairly challenging by most referees and players.

The third act of the 2022 Championship League ranking event will continue from July 11 to 14 at Morningside Arena in Leicester, England. The latest information about upcoming matches and events will be updated accordingly.