Li Jingliang is a Chinese mixed martial artist with a net worth of $1.5 Million. He is currently a welterweight division competitor for the Ultimate Fighting Championship (UFC). Read the article to know Li’s net worth, salary, earnings, wife, and other information.

Li is from the small town of Xinjiang UAR in Northwest China. In his home country, Li competed in traditional wrestling. Additionally, he trained in Sanda. In 2008, he moved to Beijing to pursue a career in mixed martial arts. There he began training under Zhang Tiequan. Zhang is a former professional mixed martial artist in UFC’s lightweight division.

Li’s professional career began in September 2007. In his debut match, he faced Makhach Gadzhiev. Knocked him out in 2nd round, Li earned his career-first victory. From 2007-2013, he mostly participated in Legend FC matches. Li won 8 of his 10 bouts

within the period. Additionally, he also won the Legend FC Welterweight Championship title. Then he joined UFC in 2014.

Li’s debut UFC match was against the American David Michaud. He won the 3-round match in a split decision. Unfortunately, he lost his second march there. From 2014-2016, he participated in matches irregularly. Then in 2017, he had 3 marches which he won too. Additionally, he won Performance of the Night in two matches that year.

In his career, Li Jingliang had 26 fights. Among these, he won 19 times and lost 7 matches. His KO-to-win ratio is over 52.3%. Previously in 2013, he briefly competed in Brazilian jiu-jitsu. From the China Open Jiu-jitsu tournament, the player earned 1st place in Purple Belt. He is scheduled to face Tony Ferguson at the upcoming UFC 279.

Li Jingliang’s Net Worth and Salary

Li Jingliang is married. His wife is a native Chinese, with whom the player shares two children. Their daughter was born in 2015, and their son was born recently in 2020. The fighter is very secretive about his personal life. He hasn’t publicly shared any details about his family yet. 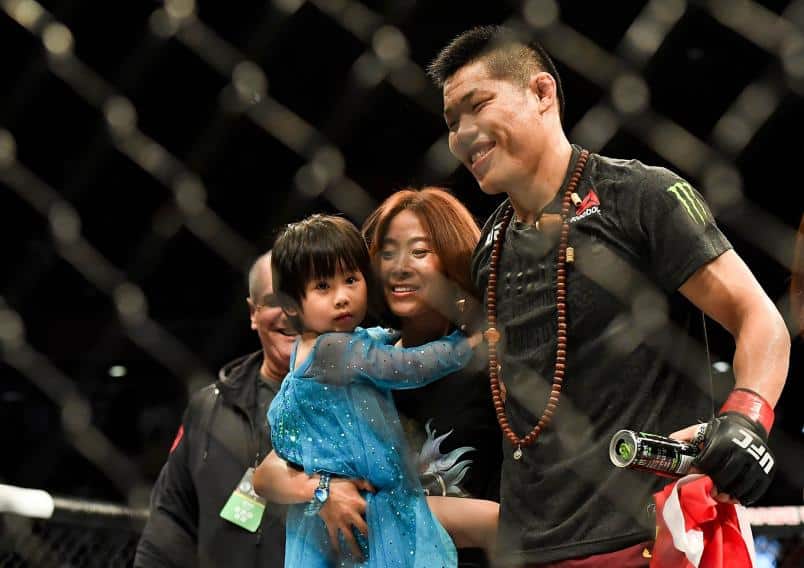 Li has the in-ring nickname “The Leech”. His nickname is very popular among his fans and peers.

He has earned over $1.11 million in his professional career.