Manny Pacquiao is a Filipino politician with a net worth of $220 million. He is the former professional boxer nicknamed “PacMan”, who is regarded as one of the greatest boxers of all time. Read the article to know Pacquiao’s net worth, salary, earnings, wife, age, and other related info.

Pacquiao started boxing on the amateur level at an early age. He had a record of 60-4 during the time. Unfortunately, he had to drop out of high school due to extreme poverty. Although, he later took and passed an equivalent exam. Additionally, he was awarded a high school diploma.

Pacquiao is a retired boxing champion who has made a name for himself in the boxing industry due to his exceptional achievements. To begin with, he is the only eight-division world champion in history and the holder of twelve major titles. He became the first boxer in history to win the lineal championship in all five weight classes.

Manny Pacquiao also has a record for winning four world titles. Another fascinating fact about the Filipino native is that he became the oldest world champion at the age of 40. The retired boxer is famous for being the first welterweight champion to win four titles in history. Manny was also named the BWAA Fighter of the Decade in 2000. A thrilling fight between Pacquiao and Floyd Mayweather in 2015 remains the best-selling boxing match in history.

Manny was elected to the Philippine House of Representatives in 2010 and became a Senator in 2016. During the COVID-19 pandemic in 2020, Pacquiao partnered with Alibaba Group co-founder Jack Ma to send 50,000 COVID-19 test kits to the Philippines through their respective charity foundations. In 2022, he started competing in the presidential campaign. He placed third in the election.

Manny Pacquiao’s Net Worth and Salary:

Manny Pacquiao’s net worth is $220 million in 2022. He earned over $500 million throughout his career from professional fights, endorsements, and other works. He was listed in Forbes’ list of the world’s highest-paid athletes in 2019. Additionally, he ranked 2nd in 2015’s celebrity 100 lists.

Pacquiao reportedly earns around $2 million from endorsement deals. He has sponsorship deals with Nike, Nestle, Hennessy, and Hewlett-Packard.

Manny Pacquiao got married to Jinkee Pacquiao in 1999. They have been married for over two decades and are proud parents of five children. They are both successful in their careers and happy in their married life. 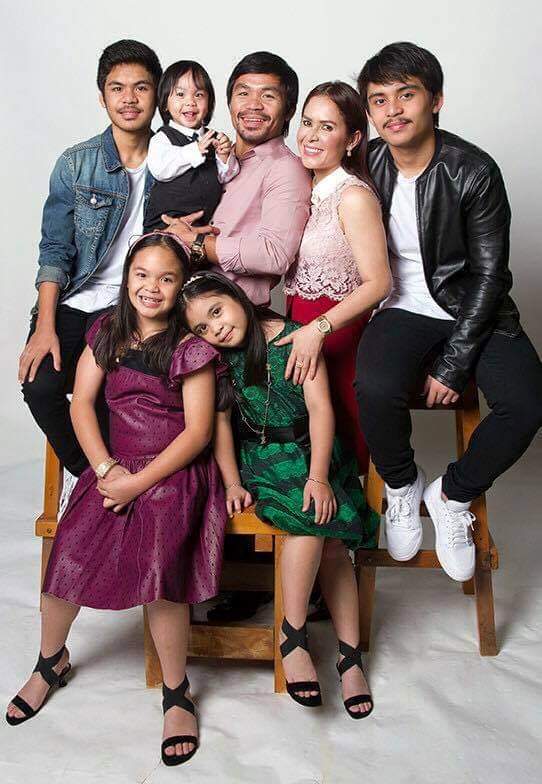 Pacquiao was born on December 17, 1978 in Kibawe, Bukidnon, Philippines. At present, he is 43 years old.

Manny enjoyed a tremendous fan following when he played in the ring. People admired him and depicted their love for the athlete by giving him some amazing nicknames like MP, PacMan, and The Destroyer. All of them are highly popular and not rarely mentioned in UK best casinos. Therefore Manny Pacquiao isn’t the exception because plenty of sportsmen widely use different pseudonyms. He was given the name “PacMan” as it resembles a bit to his actual name Manny Pacquiao.

10 Minutes Of Manny Pacquiao’s Greatness In The Ring

How Tall is Pacquiao?