Runar Alex Runarsson is an Icelandic professional footballer. He plays as a goalkeeper for the Premier League club Arsenal. He is also a member of the Iceland national football team. Here, you will know Runarsson’s net worth, salary, age, height, wife, and all the recent news.

Runar Alex started his 2017-18 season at the Danish Superliga club FC Nordsjælland. He made his debut play there. Then in June 2018, he joined the French football club, Dijon FCO with a 4-year agreement.

Runar Alex signed a four-year contract with the Premier League club Arsenal on 21 September 2020. There he was given the no.13 jersey. In his club debut, he kept a clean sheet. It was a 3-0 winning match against Dundalk in UEFA Europa League. Runar Alex then made his Premier League debut as a substitute against Wolverhampton Wanderers.

Arsenal loaned the player to Belgian First Division A club OH Leuven in August 2021. There, he made his debut on 27 October 2021. It was the Belgian Cup-winning match against Lierse Kempenzonen. He played there for the rest of the season.

Runar Alex also represented the youth Iceland, football team. As so, he was selected for the China Cup 2017 senior squad. On November 9, 2017, he received his first senior cap during a friendly matchup with the Czech Republic. Following that, he was included in Iceland’s 23-man roster for the 2018 FIFA World Cup in Russia in May of that year.

Runar Alex is currently in a relationship with Asdis Bjork. Bjork is a beautiful Icelandic native like her lover. She earned her bachelor’s degree in History from the University of Iceland. According to sources, the pair have been in a relationship since 2012. They share a daughter named Alexandra Alba Runarsdottir. She was born on October 12, 2019. The pair tightly keeps their social and personal life-related information private. 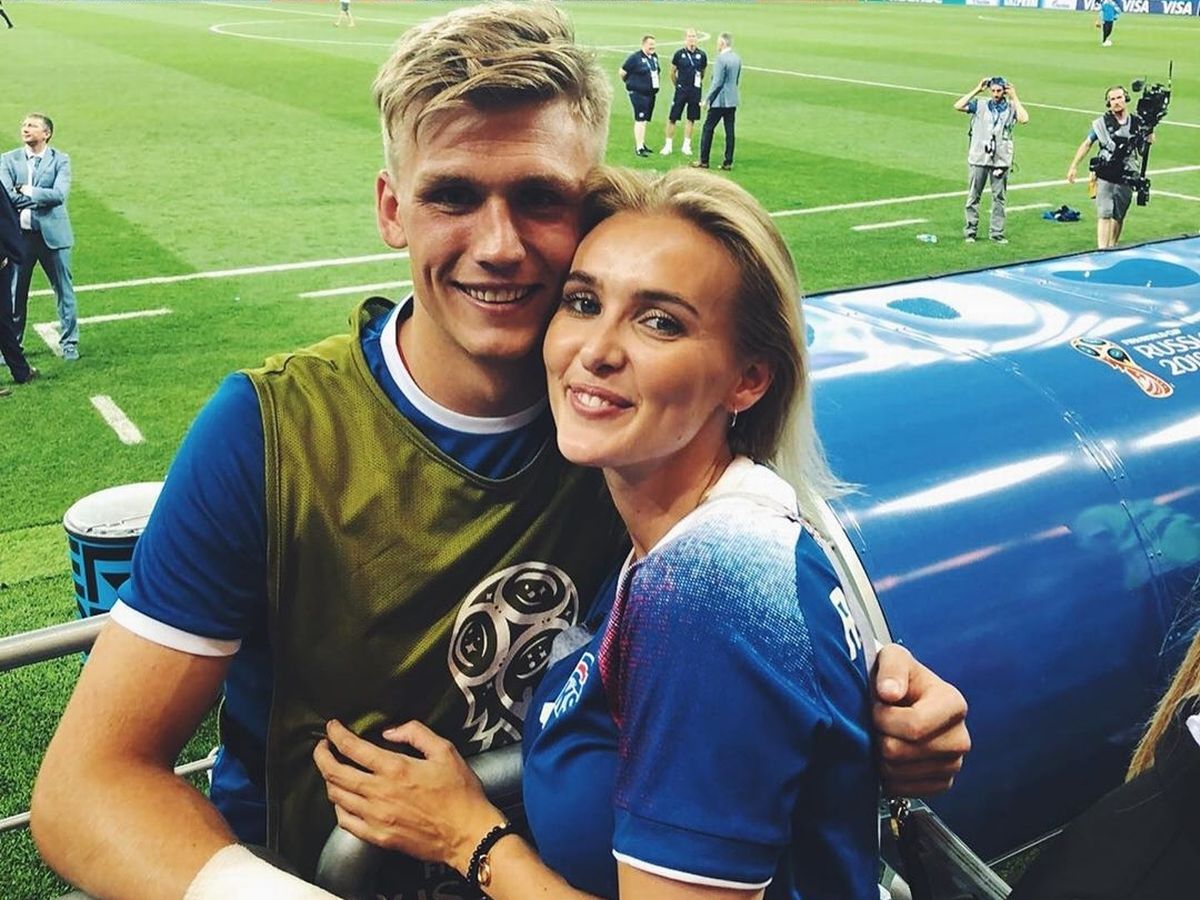 Runar Alex was born on 18 February 1995 in Reykjavik, Iceland. He is currently 27 years old.

The Icelandic footballer has a height of 1.86 m (6 ft 1 in) and weighs only 161lbs (73 kg). He regularly works out and participates in squad training to keep his physic, skills, and exceptional mobility in shape.

Thanks to his international reach, Runar Alex has signed a few big contracts. At present, he has a boot-related endorsement deal with Adidas. As a part of their deal, Runarsson exclusively used the Adidas Copa Sense.1 throughout the 2021-22 season. Additionally, he is sponsored by the gloves company Reusch Goalkeeping. Furthermore, he is affiliated with the Common Goal football community.

What is Runar Alex Runarsson ’s Net Worth in 2023?

No, Runar Alex Runarsson is currently in a relationship with Asdis Bjork​.