With his father’s encouragement, Medvedev started taking tennis lessons casually at the age of 6. Later he dropped out of university to focus on a tennis career. Later, he moved to France with his family. There he enrolled himself in a tennis academy. During his junior career, Medvedev participated in the Junior grand slam, between 2013-14. He mostly reached the second and third rounds in those events.

Daniil Medvedev began his 2018 season by qualifying for the Sydney International. He successfully won the event, earning his career’s first ATP title. He then won his second ATP title at the Winston-Salem Open in August of the same year. At the end of that year, he reached a then-career high ATP rank of 16th worldwide. The 2019 season was an exceptionally good one for Medvedev. That year, he earned two masters titles and reached US Open finals. The next year, he earned his 3rd masters title.

Medvedev currently has 14 victories. At present, he is ranked 1st worldwide in the ATP singles rankings. He was a finalist in the Australian Open back-to-back in 2021 and 2022. In 2020, he won the Tour Finals. Additionally, he was a quarterfinalist at the Olympics 2020. Within such a short time he has grabbed so many victories and become a star tennis player already.

Daniil Medvedev’s Net Worth and Salary:

Medvedev is married to Daria Chernyshkova Medvedeva. Chernyshkova is a Moscow State University graduate and a former junior tennis player. The couple started dating each other in 2014. After 4 years of dating, they got married in September 2018. 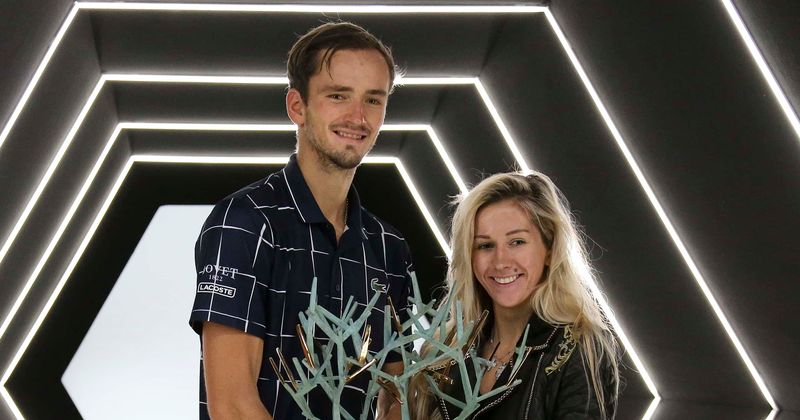 Medvedev is famous for his cute nickname “Bear”. However, very few people know about the reality behind the name. His surname Medvedev is derived from the Russian word Medved, which means “Bear”.

Daniil Medvedev’s primary apparel sponsor is Lacoste. Additionally, he has a tennis equipment-related sponsorship deal with Tecnifibre. In 2019, he became a brand ambassador of BMW in Russia. Furthermore, he has endorsement contracts with HyperX, Tinkoff, and Bovet. The tennis star earns around $8 million annually from these endorsement deals.

Daniil Medvedev Being Iconic For 15 Minutes

What are Medvedev’s Career Earnings?

What is Daniil Medvedev’s Net Worth in 2023?

Yes. He is married to Daria Chernyshkova.

How Old is Medvedev?

At present, Medvedev is 26 years old.

Surprise Sports Desk - 27 January 2023, 4:31 AM
Dani Alves, a former defender for Barcelona and Sevilla, is still making headlines in Spain as a constant stream of information leaks to the...