Justin Gaethje is an American professional martial artist with a net worth of $4 million. He is a regular competitor in the Ultimate Fighting Championship (UFC) promotion’s Lightweight division. Read the article to know Gaethje’s net worth, salary, earnings, wife, age, and other information.

Gaethje was born in Arizona. During the early days of his life, he had to work at the Morenci mine with his father and twin brother. At the age of 4, he started learning wrestling. Throughout high school, he reached finals four times and won two times in the AIA state championship. Additionally, he played football and baseball in that period.

After graduating with a 191-9 wrestling record, Gaethje joined the NCAA Division I program with the help of the University of Northern Colorado. Throughout his college season, he had 18-1, 14-4, and 17-8 records. Furthermore, he was a true second at the NCAA Western Regional Championships in his senior year. In 2020, the University included him in their Athletics Hall of Fame.

As a freshman at the University of North Colorado, Justin Gaethje first learned about MMA from his wrestling opponents. He later tried an amateur career during his early sophomore career. Collecting 7 wins consecutively, he made his professional debut in 2011. Initially, he started competing in “Rage in the Cage” events and amassed 7 more wins. Following that, he joined the World Series of Fighting in 2013. There he won and defended the WSOF Lightweight Championship title for two years straight.

Gaethje’s UFC debut happened in 2017. That year, he initially made his debut against Michael Johnson as a promotional fighter and won his debut match via TKO. He faced his first-ever career loss in his second UFC match against Eddie Alvarez. At present, the fighter has a total of 6 wins and 4 losses in his UFC run. Overall, he won 23 matches and lost 4 times in his professional career. Gaethje is currently ranked 3rd in the Lightweight division of UFC.

Justin Gaethje’s Net Worth and Salary:

Gaethje’s net worth is $4 million in 2023. He has earned $3.2 million overall from his professional fighting career. The American wrestler earns a $150,000 guaranteed purse from each of his fights in the UFC. Below is an overview of his income from recent UFC events –

Gaethje currently has endorsement deals with Gains in Bulk and ONX Sports. Previously, he had affiliations with Gladiators Unleashed, Bulge Clothing, and Saratoga Casinos.

Justin Gaethje is currently unmarried. He is in a relationship with Sophia Romano. Romano is a popular social media influencer and model. The couple only recently came public about their relationship status. They haven’t revealed any further detail on their relationship and private life yet. 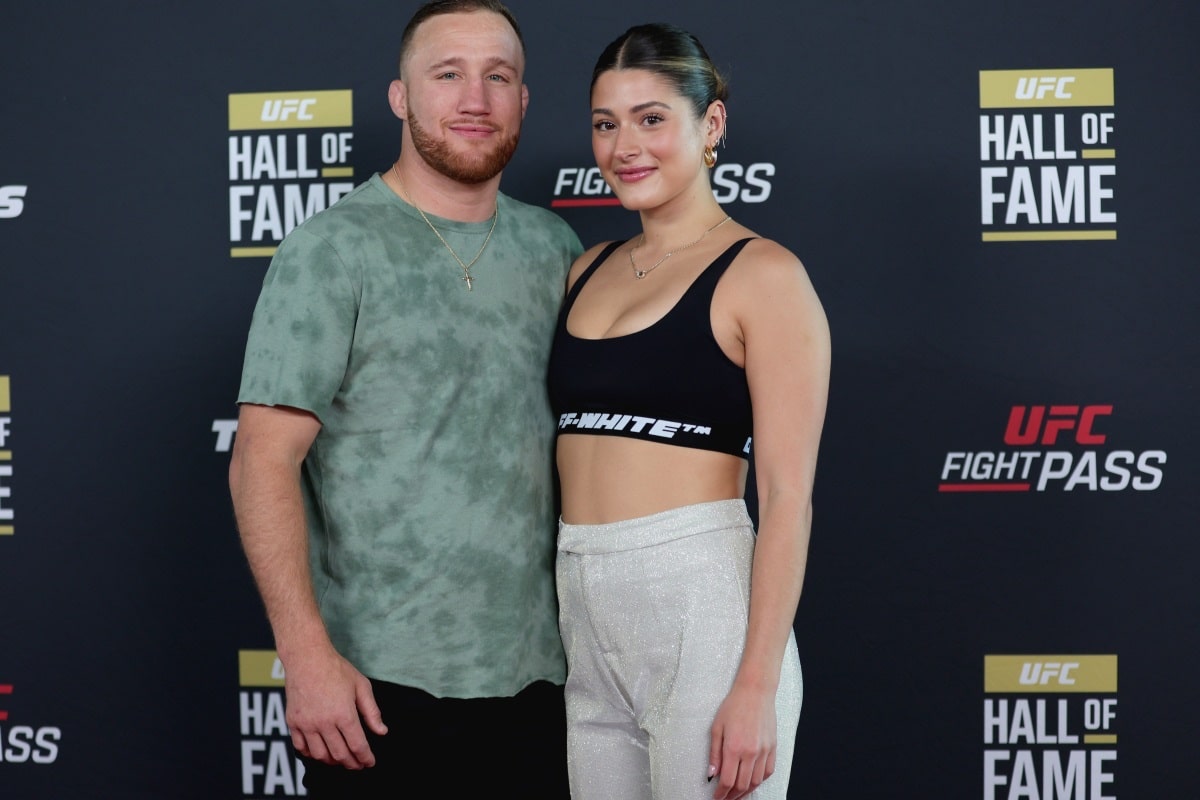 Gaethje was born on November 14, 1988, in Stafford, Arizona, USA. His mother is of Mexican descent, while his father is of German descent. At present, the wrestler is 33 years old.

The American professional mixed martial artist has a height of 5 ft 11 in (1.80 m) and he weighs 155 lb (70 kg). He is currently competing in the UFC Lightweight division.

Gaethje goes by the nickname “The Highlight”. This is because in the majority of his MMA and wrestling fights, there has been at least one guaranteed highlight situation. Thus, his fans and peers dearly call him by his nickname.

How Tall is Gaethje?